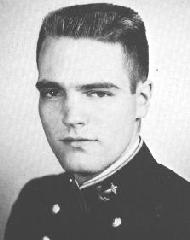 Raised in the wilds of Michigan's Upper Peninsula, Jerry came to the Naval Academy straight from high school, finding the city of Annapolis a little bigger and a little more bustling than Ironwood. During his time at the Academy, he was active in the Public Relations Club, Newman Club, Altar Boys Society, and the Naval Academy Foreign Affairs Conference. He put his experience in basketball to good use with the company basketball team. A weekend would usually find him somewhere in the yard with a good looking girl, usually not the same one as last time. Jerry was always ready to help out a classmate; this willing help and cheery good humor will be terribly missed by his classmates as we go our separate ways. These attributes should carry Jerry far in his chosen career in the Navy. 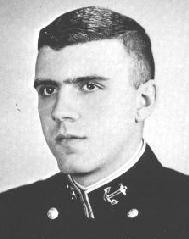 Tony arrived on the Severn via Bullis Prep from Clairton, Pennsylvania. Plebe year proved to be more than he was accustomed as he slimmed down from two hundred pounds to a trim one hundred and seventy. After playing plebe football, he turned his talents to company volleyball, soccer, and fieldball. His easy going manner, good nature, and his own remembrance of plebe year made him an upperclassman to be liked rather than one feared by many plebes. Tony could be found almost any weekend out in Annapolis doing what he enjoyed best-relaxing! Although he had a lot of gripes, he would not have traded his four years at USNA for anything. 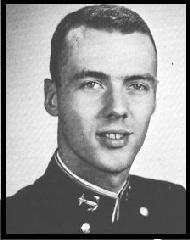 Whenever the subject of professional football was brought up, Mike was always ready to extol the virtues of his team, the Green Bay Packers. An avid follower of the "Pack" through thick and thin, he kept us informed of their progress with a locker door full of newspaper clippings. Besides football, Mike's interests and achievements were many and varied. He made sure that our performers always had their best face forward with the Masqueraders make-up gang. He covered sports contests for the Public Relations Committee. A better than average squash player, he was a mainstay of company teams. In spite of his many outside activities, he also maintained an outstanding academic record, carrying a full load of elective courses. With his background and capabilities, the military service will be gaining an excellent addition to its officer ranks. We should be hearing more about Mike in the coming years.