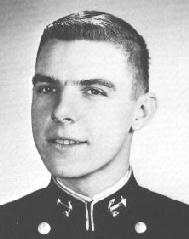 "Go West, young man," may be good advice, but this lanky Californian has an obstinate streak that drove him East. Don settled here in Annapolis as a plebe in 1959. While in the Academy Don was a member of the Foreign Relations Club and WRNV. Despite difficulties with some of the academic departments, he was on the Superintendent's List. Don's chief interests have been math, the physical sciences, and tennis. At present Don's plans are very indefinite. In his own words: "I like the Marine Corps, but Naval Aviation is a good career, and of course submarines...." 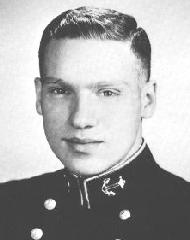 A native Ohioan and avid Buckeye fan, Gary came here straight out of high school. Music is one of his great loves, and he was an active participant in the Brigade Drum and Bugle Corps and Midshipmen Concert Band. In the sports department he played fieldball, company cross-country, water polo, and was a member of the YP squadron. A major in mathematics, his favorite subjects here were math and science. His hobbies consist of building models, arranging music, and, of all things, writing poetry. His favorite pastimes here at the Academy were going on football trips with the D and B and playing concerts at girls' schools with the concert band. Gary hopes to be a fly boy as his father was before him and wear the golden wings of Naval Aviation. 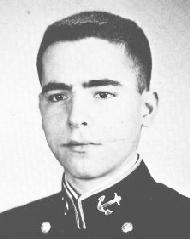 Bruce had no sooner graduated from high school when he found himself gazing upon the friendly face of Mother Bancroft. Sincere and quiet, he had no difficulty with the academics, managing always to stand high in the class. Besides being academically inclined, the pride of Bradley Beach was an expert on entertainment in New York, the Civil War, foreign policy, Israel, and food. As for girls, he is looking for a Venus with the intellectual depth of Einstein; he hasn't found her yet although several studies and numerous scrimmages have been made. His athletic endeavors were centered around golf, boxing, and swimming. A proponent of keeping physically fit, Bruce could be frequently found in the conditioning room doing push-ups, pull-ups, and sit-ups. His tremendous drive coupled with his determination to excel will surely prove an asset to the Navy.