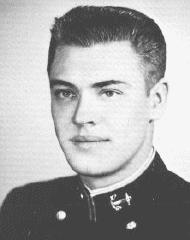 After a year at Arkansas Tech. and nineteen months in the fleet, Lew came to the Academy via NAPS. Being well prepared for Academy life, he found the academics relatively easy and always had plenty of time to hit the squash courts, with an occasional Saturday afternoon spent fishing. Lew never ventured far from academics, though, and each weekend he could be found out in town getting extra instruction from the local teachers. With a great capacity for a good time or just plain relaxing, the question arose whether Lew spent more time asleep or awake in class. Naturally good natured and easy-going, he made many lasting friends here at the Academy. With his sights set high, Lew plans a career in the Nuclear Fleet of tomorrow. He will surely make the grade in all he attempts, and the Navy will gain a fine gentleman upon Lew's graduation. 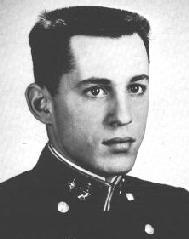 Steve came to the Academy after graduating from Norwich Free Academy. While in high school Steve gained valuable experience in playing golf, and many hours at the Naval Academy found him on the course with the golf team. He also was very instrumental in company sports, especially in his youngster year when his company won the colors. Steve was known for his great interest in politics, particlarly for his 1960 presidential election predictions. In addition to being on the Superintendent's List, Steve took electives in the field of political science, was a participant in the Naval Academy Foreign Affairs Confernces, and his company <I>Lucky Bag</I> representative. Steve was always known for his great sense of humor, and never failed to make a friend. He aspires to a career in Navy Air or foreign relations, and will certainly be a credit to the Navy. 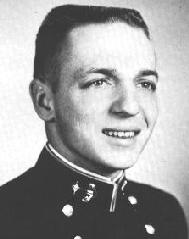 Bob, a true rebel, hails from Orangeburg, South Carolina, and came to the Academy after spending a year at Clemson College. During his four years, he took an active part in many extracurricular activities including Foreign Relations Club, <I>Lucky Bag</I> Representative, and worked for the Splinter on occasion. Despite his obligations, he always had time for sports, excelling in company softball and football, and he always held his own in the academic departments as well. Because of his zeal and constant good nature, he was very well liked and will always be rembered by his classmates as "Tecumseh II." Upon graduation, Bob plans to sprout those Wings of Gold and spend the rest of his career as a Naval Aviator, and we are all sure that he will be an asset to the service.