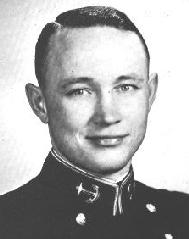 While a youngster in Indiana, his earnest efforts in school earned him early recognition and a scholarship to Purdue University where the NROTC generated his interest in the Naval Academy. A Congressional appointment the following year initiated his career at USNA. Astute in academics, his name was often found on the Superintendent's List while elective courses provided a solid, well-rounded education. With his natural good-naturedness and friendly personality, he gained friends easily, especially among the fairer sex. In addition to being a staunch member of the Spanish Club and the Choir, he was active in lightweight crew and company sports. Youngster Cruise aboard the <I>Intrepid</I> and the flights at Pensacola developed his interest in Navy Air. Natural ability and a desire to excel will continue to make him an outstanding officer. 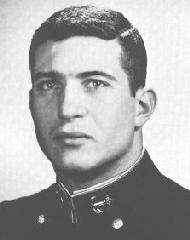 Al spent four years at Phillips Andover Academy and one year in the Navy before coming to the Naval Academy. From the first, Al has shown fine ability in athletics and leadership. He has been Vice-President of the Class, and an active member of the Class Honor Committees. Besides being a member of both Plebe and varsity Lacrosse teams, Al has been a standout in company fieldball. Of Al's free time, much was spent in Brigade organizations: WRNV, the German Club, and the Chess Club. Al, along with eleven other Midshipmen, spent his Third Class summer cruise with the Coast Guard Academy Cadets on board the Eagle in Europe. A fine student, athlete, and companion, Al will always be remembered and will certainly gain success in his future efforts. 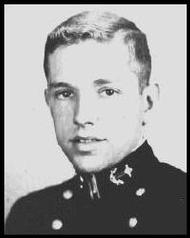 Ron started his Navy life in San Diego, California, at boot camp and soon advanced to the Naval Academy Prep School at Bainbridge, Maryland. At NAPS Ron developed many characteristics which he brought with him to the Academy. His interest in music was proven in his active participation in the chapel choir during his stay. Friendly, thoughtful, patient, and considerate are adjectives well suited to Ron's personality. He always had a cheery "hello" and a smile for everyone that he met. Ron was not a varsity athlete, but he always managed to give his wholehearted support to company and battalion sports. When Ron leaves the Academy upon graduation, all will be able to say with pride that he is one of its graduates.