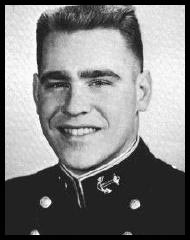 Tom, fondly referred to by his classmates as the "Bear", come from LaSalle High School in Philadelphia. His outstanding ability at playing guard for LaSalle gained him a place on the All-State Football Team in Pennsylvania in the fall of '57, and a place in the Bullis Prep lineup in the fall of '58. The end of Tom's career came a little less than a year later when he suffered a knee injury in August of '59 while he was playing first string on the plebe team. Besides having a profound interest called Ocean City, New Jersey, Tom's interests and enjoyment lie in rock 'n roll, playing tricks and jokes on the unsuspecting, and laughing at something called "birdisms." Tom's amiable disposition and good humor, combined with his dedicated effort in sports and academics, have earned him the friendship and respect of his classmates. 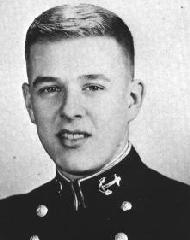 Zimm came to the Academy on a congressional appointment from South Jersey. He found many new friends in his four year stay, however, no one was happier to see graduation time roll around. Zimm majored in mathematics and plans to continue his math study at post graduate school. He enjoys handball, lightweight football, and softball, all of which he participated in on the intramural level. He graduated from Haddonfield Memorial High School and is hoping for a real swinging class reunion.