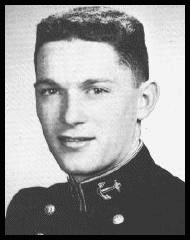 Rick came to USNA from Brooklyn, New York, and brought with him the typical accent which made him easily distinguishable among the crowd. During high school days he found time to earn three varsity letters on the track team and pick up a little knowledge of the guitar. While here at the Academy, Rick was a member of the Catholic Choir and participated in many intramural activities. While academics took up the major portion of his time, Rick still found time to strum his guitar, defend the fast pace of big city life, root passionately for the New York Yankees, and log in a proportionate amount of time on the blue trampoline. The Navy holds the prominent position in Rick's plans for the future. Naval Aviation constitutes the dominant feature. A successful career in the Navy should present no problem for this likeable Brooklynite. 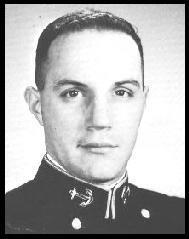 J.J. came to the Academy from the Naval Prep School. After graduation from the Norwich Free Academy in Norwich, Connecticut, he attended the University of Connecticut for one year before enlisting in the Navy. While at the university he was a member of Sigma Phi Epsilon Fraternity. His activities here at the Academy included the varsity pistol team, WRNV representative, Class Company representative, company volleyball, soccer, and cross-country. J.J. hopes to go to Naval Air Training to begin his career. Future plans also include hopes for a family of six. 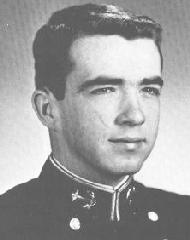 Jack was born and raised in Pawtucket, Rhode Island, where he attended Saint Raphael's Academy and the University of Rhode Island. After one year at URI, he bid farewell to campus life and joined the Brigade. Jack quickly acclimated himself to Navy life and since plebe summer, he has been excelling in all fields. Athletics, including company cross-country, plebe and varsity track, always held Jack's interest. Every afternoon he could be found running around the nearest track or writing letters to one of his "OAO's". Jack is planning a degree in engineering, and upon graduation, he intends to enter this field. Next to athletics and academics, Jack's favorite pastime is happy hours. Whichever service Jack chooses, he is sure of having a fine career.