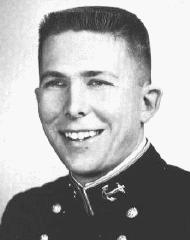 Pete came to the Brigade after two years at Arkansas State University, where he was a member of Pi Kapa Alpha Fraternity. His college esxperience enabled him to get in on the ground floor of the validation program, and he moved a semester ahead. Sportswise, Pete ran for the plebe track team, but his running days ended with a broken leg midway through Youngster year which forced him to concentrate on his duties as varsity football manager. Pete like his liberty (all types too), and he managed never to miss a good deal. Noted for his taste and selection of women, including plebe year, Pete's Southern charm always managed to import some real beauties to the banks of the Severn. Pete was never without the benefit of a few faithful, and no doubt he never will be!! 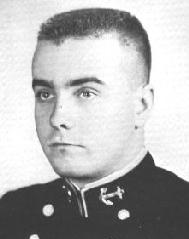 Pete, or "P.J.", as he is known to his friends in the Brigade, came to the Naval Academy after a year of studying pre-medicine at Portland State College. The carefree attitude of Pete's days at PSC carried over to his 4 years at the Academy. This carefree attitude, however, caused many memorable encounters with the Executive Department. Because academics posed no threat to Pete during his four years, he was able to devote a great deal of time and energy to company and battalion sports. He was an outstanding goalie on the battalion lacrosse team and added strength to the company fieldball and volleyball teams. His sense of fairness and fine personality won for him many friends throughout the Brigade. Regardless of the branch of service he enters, Pete will always be welcomed wherever he may be stationed. 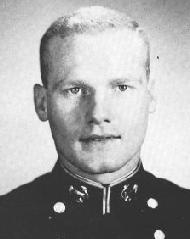 Austin came to the Academy from Tryon, North Carolina, where he attended Tryon High School. In high school he participated in various clubs and sports, but he was primarily interested in football. He won all state honors in this sport. After one year of schooling at Columbian Preparatory School he entered the Academy. That fall found Austin having a good year with the Plebe football team, but due to injuries and other things he had tougher luck on the varsity. After the football season Austin could be found participating in company fieldball and other sports. His main hobby is hunting and his biggest gripe is that he can no longer get out in the fields and hunt. He is the only person who can run five touchdowns and kill ten ducks in one dream. Upon graduation Austin hopes to see the world on Navy wings.