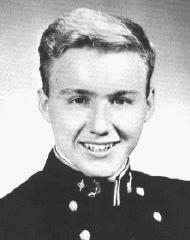 Tony came to the United States from North Borneo, where he was born in Jesselton, the son of a United States Navy Lieutenant and his wife. He moved to Washington when only two weeks old and has been on the move ever since. He declares that his favorite town is Merauke in New Guinea on the Arafura Sea. Tony certainly loves to travel, and so far has utilized most of his spare time in traveling to different parts of the globe. Upon completion of his four years at USNA, Tony's one great ambition is to circle the Earth at least fifty times before settling down. Tony will no doubt accomplish this, and much more during his travels and career in the service. 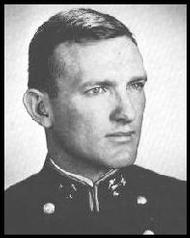 John came to the Academy after a year at Utah State University and two in the Marine Corps. Although he had a Congressional appointment, he still insists that he just came to paint the walls one day and was told to get in line to be issued uniforms. Athletically inclined, he played both plebe and varsity track and basketball; however, during the fall season he could always be found psychologically preparing for the next day's quizzes. Summer leaves provided him with the opportunity to travel. Europe was the destination of his adventures, with France the center of attraction. Our loss will be the service's gain. 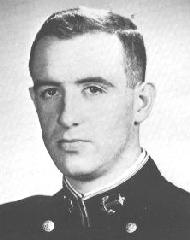 "Tank" came to us from Helena High, and baseball was his trade. Plebe year was taken with "a roll" by our hero, but his baseball career came to a screeching halt as he strove for perfection on the Midshipman's haven, his bed. Youngster year proved his "making" as he "twisted" off half his frame, imported a home town beauty to keep him company on the weekends, and excelled athletically and academically. He started Second Class year learning how USNA deals with bootleggers. His only comment: "I should have drunk it myself." Never one to be kept on the canvas, "Tank" came up fighting and lived up to his middle name "Fish," both in the pool for Navy and on the town for Al. Regardless of the lucky service who claims this young lad, everyone concerned shall gain; from the local girls to the local pubs and right on down to his chosen uniform.