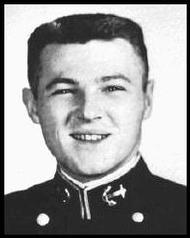 Hailing from the tobacco land of North Carolina, Carl came to the Naval Academy after a year at North Carolina State. With this background, plebe academics posed no major problems until he met the Foreign Languages Department. The successful completion of two years of Spanish was Carl's proudest accomplishment, bringing him just a little closer toward winning his "Wings of Gold". Active in the intramural sports program, Carl was a mainstay on the company soccer and football teams. As a member of the Reception Committee and the Log and Splinter Staff, he could always be counted opon to do an outstanding job, and he was a welcome addition to the many football game parties held at the Sheraton in Philadelphia. His profound love of water skiing took him home at every available opportunity. A true gentleman in the strictest sense, Carl's combination of ability and desire have no other choice but to lead him along the path of success. 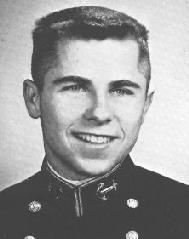 Clay blessed the shores of the Severn with the southern charm of Baton Rouge, Louisiana, and brought with him a Golden Gloves Championship. He spent a year at Louisiana State University and Columbian Prep, before trying his hand at the "big time". He won the Brigade Championship boxing title in his weight class as a Plebe and was the first in our class to win the coveted "N". He went on in boxing and 150 pound football and was the only one in our class to win an N blanket as a youngster. He has made up for his size by his drive and determination along with his natural ability. "Hey Doog" can be found on a weekend in his favorite drag house, but not at the hops. Never a star with the books, Clay has had to spend some of those weekends studying. However, his perseverance has brought him through. Clay looks toward the Marine Corps for his career and should prove himself a fine leader. 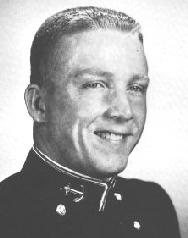 Showing true Oklahoma spirit, Steve arrived at USNA sporting a Stetson hat which he reluctantly exchanged for his Navy blues. Coming straight from high school, Steve concentrated his efforts on varsity wrestling and could be found any afternoon in the wrestling loft trying to prove his theory that no one can beat an Oklahoman. Known as Sam, he is best remembered along with his Oklahoma accent, for his stubborn determination to master anything that provided a challenge. Steve never lost his enthusiasm and counted each day as a lesson learned and one less day until the next leave. While on duty at the Academy during second class summer, Steve learned the importance of good leadership which has shown in his interest and concern in the Brigade and his own development as an officer. Steve is eagerly looking forward to his career and the many new challenges that the future holds.