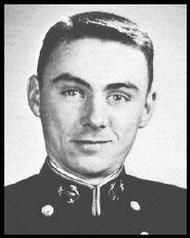 After spending four outstanding years in high school and one in college, Tom swapped his civies for Navy blue. While at the Academy, he found it easier to conform to the rigorous routine by making light of the many situations encountered during the long and bleak days. This brightened not only his existence but also those around him. A staunch "Okie" and a strong supporter of the mid-western philosophy of life, Tom was the recipient of much good natured criticism concerning his easy going western manner. Golf has been the mainstay of Tom's extracurricular activities. An outstanding junior and collegiate golfer at home, Tom played first man on the plebe team and won his first "N" as a Youngster. Looking forward toward a future in aviation, Tom should be a fine addition to Pensacola and the fleet. 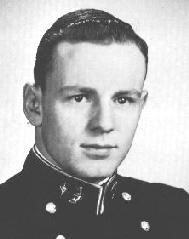 The first day after Mike arrived at USNA, he went over to the gym to find the wrestling loft. For Mike, one of the greatest joys in life is found on the wrestling mat, and it is there that he has done an exceptional job of representing Navy. Coming straight out of high school, Mike admits that he had a little trouble with academics but not enough to get him worried. His whole outlook on life is to take it as it comes and get the most enjoyment out of it. In doing so, he has made many friends, and very few enemies -- except possible opposing wrestlers. Never a shy one, Mike believes the greatest part of this country is the Midwest and loves to talk about it. With his fine ability and happy-go-lucky personality, Mike seems certain to go far in his chosen field. 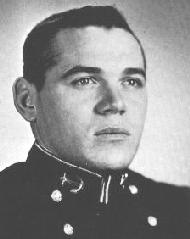 Ben came to the Academy from Tracy City, Tennessee, a small town in the mountains of middle Tennessee. He participated in company softball and basketball until the advent of the wrestling season. He spent his winters working hard for a position on the Plebe and varsity wrestling teams. He was a member of the Political Economics Club and added a touch of his southern accent to the French Club. We know he will be successful in all his future work and will prove to be a great asset to the Navy.