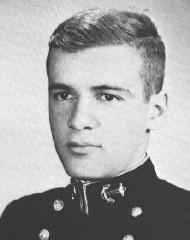 Frank, or Conrad,a nickname he picked up because of a relative of his, is a fine example of what Albany, New York, can turn out if it tries hard enough. Entering the Academy straight out of high school, Frank proved the worth of New York's public school system by breezing through with nearly Superintendent's list grades on a minimum amount of studying. The spare time he gained through his "minimzed study" program was put to good use however. Early portions of study hour were often taken up with verbal comabt with his roommates, and the latter portions were spent writing letters, all, strangely enough, addressed to the same person. Frank's athletic ability was almost inversely proportional to his size - 5'7", 150 lbs. He ran the hurdles in track in addition to handling full time job of manager. His company always benefited from his participation in intramural sports which included soccer, cross country and squash. With his genuine interest in others and his ambition backed with ability, Frank is sure to be personally successful and a valuable asset to the Navy. 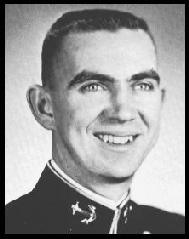 "Hitz" is one of the few remaining Napsters in the Brigade, being as good an ex-marine as is possible. He has seen the light for he hopes to rejoin the Corps upon graduation. He has been very active at the Academy, being on the reception committee, Honor Representative, a member of the sailing team, and manager of the pistol team. Other than French, he has had no appreciable difficulties in academics. He has had a few nick-names, a couple being "Dumbo" and "Packy" - the reasons for these being rather obvious. But Dan is open minded (sometimes extremely so) and has a great personality. This favorite son of New Jersey should make a name for himself and really go places once he has the Academy behind him. 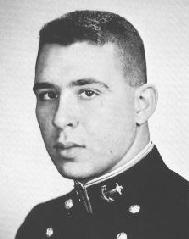 Bill came to USNA from Swedesboro High School and was kept busy plebe summer making the quick transition from civilian to military life. Being a chap who wasn't afraid of work and generally keeping his nose out of trouble, Bill adapted himself very well and plebe year turned him out as a squared-away midshipman. Bill had a quiet disposition which was only interrupted by frequent debates on the Yankees or a bull session on current events. Quite a participant in sports, Bill was outstanding in intramural football and softball, leading teams to battalion and company championships. With more important things on his mind, Bill limited his dragging to special occasions, and as a result could boast a high academic standing. His ability and wise set of values are sure to lead Bill to a resourceful career.