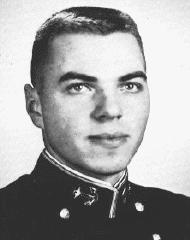 Charlie graduated from Evanston Township High School where he won All-American honors his senior year in swimming. From there he went south to Georgia Tech on a NROTC scholarship. After a year of Southern hospitality and mechanical engineering, he came to the Academy. After a fruitful Youngster year in sports, Charlie sewed on a swimming "N-Star" and tacked up a NCAA certificate. On the outside, Charlie spent most of his time traveling around the world. When he wasn't traveling, he spent his leisure time at home or out in the fields hunting. Charlie was known to drag but most of his time was spent trying to guess the coming of the next purge and the material on the next quiz. 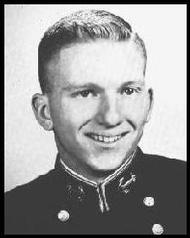 Don entered the Naval Academy shortly after graduating from Cantonsville High School in Baltimore, Maryland. Mac, as his classmates call him, has always stood in the upper fourth of his class and has been seen many times taking a long Superintendent's List weekend. Not all of his time was taken up with academics, however. He was also an outstanding athlete. He excelled in both soccer and lacrosse. He was captain of both these teams his plebe year. Since he is a Maryland native, Don used all the facilities of his nearby home in Baltimore. If Don continues to use his outstanding ability to learn and advance as he has the past four years, he is sure to do nothing but better service for us. 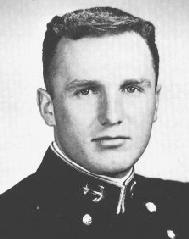 Jay joined the ranks of the Navy after a year at the University of Oregon and widespread exposure to the women of the West Coast. Hailing from Spokane, Washington, Jay has always excelled at football and boxing. The fact that he carries a solid right can easily be verified by his many boxing achievements. His football career at Navy was curtailed after a year of plebe football by a knee injury, but he has continued boxing and rather unevenly divides his spare time between tennis, squash, and sleeping. Of course, he has extended his territory of conquest of the weaker sex to the East and Gulf coasts with a few in between. A reliable friend of many and respected enemy of few, Jay is sure to succeed no matter what road he chooses to follow.