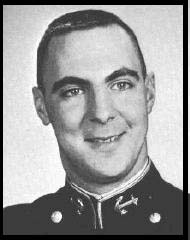 Philadelphia can proudly claim Bill as a valuable contribution to the Naval Service. Prior to entering the Academy, Bill attended Drexel Institute of Technology and served with the U.S. Marine Corps during the Lebanon Crisis. Energetic and hard working, Bill is well-liked by his classmates throughout the Brigade. A thorough-going extrovert, he applied his organizational talent and energy very constructively to such extracurricular activities as Radio Station WRNV, the Antiphonal Choir, and the Naval Academy Christian Association. Bill's athletic skill was evidenced by his one year tenure with the plebe fencing team. And although swimming was not his forte, he loved the water enough to be a member of a Brigade Champion Knockabout Team. His opinions and judgment were sought after constantly, and he was never too busy to offer a word of encouragement or sound advice to his many friends. No matter what field he enters, Bill's leadership capabilities, winning smile, and maturity will enable him to rise to the top. 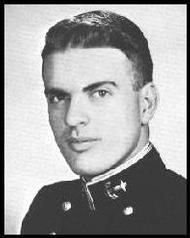 Watch what you say about Texas when Don is around! Always ready to back up the Lone Star State at any time of the day or night, Don has carried his enthusiasm into everything that he has attempted. He has worked diligently as a member of the Log and Splinter staffs, as a varsity basketball manager, and has played hard for his company's intramural teams. His other activities included the Chess Club and Naval Academy Christian Association. The past four years have shown that Don is a good man to have around, and his prospects of success in any service are bright. 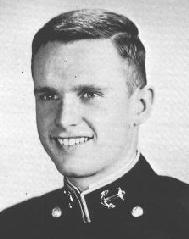 Jack came to Severn's shores from Phillips Andover Academy in Andover, Massachsetts. The Navy was a radical change from puritanical New England but Jack matured and blossomed into an all-around credit to the Brigade. He led the company basketball and volleyball squads in the winter and spring seasons. During the fall, Jack was seen hustling for a berth on the varsity soccer team. He had time to have many extra sessions to bring his classmates through the academic mire and still maintain over a 3.6 average. He has acquired the taste for a good party and can often be found with a young femme on his arm. Jack has gained the respect and friendship of his classmates, while becoming a mature leader, and he has given the nod to nuclear power school and submarines for his career.