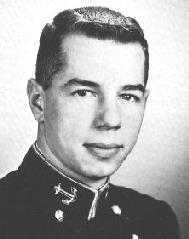 Even those who know him well may forget the extra "n" in his name, but Donn as a person will always be remembered. He will probably be remembered for his friendly personality, and his awesome ability to crowd many things into a tight schedule and still come out ahead. Before Donn came to the Academy, he attended the University of Illinois. Donn's major at the University, music, was his major extracurricular activity at the Academy. He was a member of the Glee Club and the Chapel Choir. He was also a member of the Academy's swinging group known as the Spiffys. Donn's other activities are too numerous to mention, but with the spirit with which he enters into anything, plus his talent for making friends, Donn will go a long way. 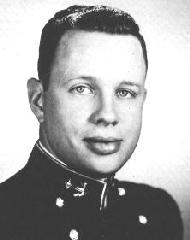 The "old man" entered the Brigade from the Naval Preparatory School after one year at Los Angeles Valley junior College and two years of service in the fleet as an electronics technician. Mac's college background allowed him to take advantage of the validation program via the EH&G Department. Most of the Brigade knows him as one of the DJ's down at WRNV and from his performances with the Masqueraders. Plebe year he fired on the front line with the Pistol Team, and since has served on the Brigade Hop Committee and the Ring Dance Committee. Mac is known as a man who is willing to gamble. He has a finger in every available pie, but when things don't go right he can roll with the punches and always comes up smiling. 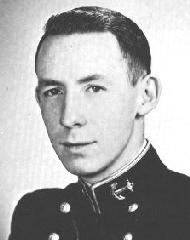 Dave McLean, "Mack the Knife" or "Tiger," to his friends, came to the Academy from Anaconda, Montana. In 1958 he graduated from Anaconda Central High School where he was active in a number of school activities. After a year at Carroll College in Helena, Montana, Mac's course steered straight and true to the Naval Academy. While at the Academy, Dave was active in the Newman Club, Portugese Club, the Reception Committee, and was a <I>Lucky Bag</I> representative. Although sidetracked from his hobbies by the ever presence of girls, hunting and fishing still remain his number one hobbies. Physically small, Dave was a crew coxswain his Plebe year, and thereafter stunned company opponents with his versatility in volleyball, football, and baseball. He plans a Naval Aviation career and then a quiet retirement on the banks of Georgetown Lake.