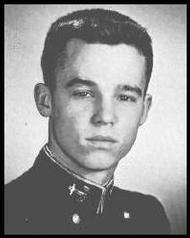 Jim Newell's many interests and wandering Navy family have led him on travels from Japan to our East Coast. Jim came to us from New York City where he chose the Academy from the midst of numerous scholarships. He continued his mastery of the books here and still found plenty of time to pursue his more favored subjects: sports, bridge, overloads, and girls. Second class year found Newt emerging from the piano keyboard in the art of rock and roll music with the Spiffys. This was quite a change from the classics, which was all he had previously played. On one of those rare weekends when he wasn't dragging he could be found in the midst of a hot game of basketball or touch football or then again maybe at the Memorial Hall piano with Chopin or one of his own creations. His high-riding spirit never ceased to make the day more interesting and put our parties in a panic. He is one person who would be hard to forget. 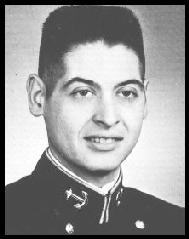 With a hearty "mush," John began his trek to the Naval Academy from that world renowned, cosmopolitan center of Big Delta, Alaska. Not being strong academically, his path was not a direct one, as he has matriculated at Columbian Prep, Olympic junior College, and the University of Washington. John was at the latter for three years, where, among other things, he was in NROTC and was varsity football manager. With a quick change of allegiance from purple and gold to the mightier blue and gold, he paddled his kayak up the Severn, thus crippling Washington's Rose Bowl team, as evidenced in the Huskies 15-14 defeat. While at the Academy, News contributed a great deal by devoting himself to his old love, football managing, and the rest of his time was spent in PT overloads and in devising ways of keeping his totem pole from Company officers. With John's motivation for the service, even though the Navy has no whalers in the Bering Sea, we know that he will manage well. 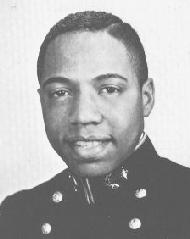 Robbie is probably one of the most versatile athletes that has gone through the Naval Academy. He was a standout in boxing, football, and track. One thing that Robbie has that exceeds his athletic ability is the ability to make friends. He was one of the most popular men in the brigade. This ability also provided him with quite a large date book. The only thing that gave him much trouble during the four years were the academics. Robbie solved this problem with a lot of hard work. Hard work is typical in anything he does, that is why failure is something he seldom experiences. For this reason, Robbie will do well in anything he undertakes, and undoubtedly will be a fine officer.