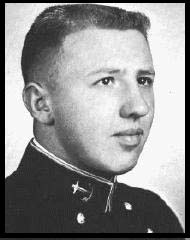 Jeff came to the Academy immediately upon graduation from Eastchester High School. Never one to be particularly troubled with academics, afternoons would find him sparking company soccer and championship softball teams. Energetic and enthusiastic, Jeff could always be counted on to add life to an evening study hour or a post-football game party at the Sheraton in Philadelphia. He enjoyed listening to good music and enjoyed dragging on weekends even more. His desire for a sports car upon graduation was the cause of many hours of studying the stock market. Always willing to give someone a helping hand, Jeff's desire and cheerful disposition will certainly insure his success as a Naval Officer. 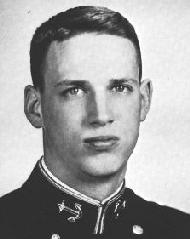 Shortly after graduating high in his class at Daniel High School in Clemson, South Carolina, Rich began a highly successful four years at the Naval Academy. He has stood consistently very high in his class and his uniform has been decorated with stars. However, his time was not entirely consumed by academics. He has been active in the Antiphonal Choir and varsity sports. Rich participates in varsity sports all three seasons of the year. These sports are soccer and track. As a pole-vaulter Rich lettered as a youngster and continued to be a vital member of the team. Known for his easygoing manner and southern drawl, he was a favorite with his classmates. With all his ability and personality, he will enjoy a full life in the naval service. 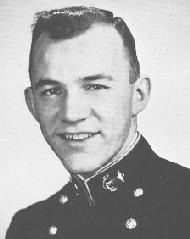 "Pitz", as he is known to his friends, hails from Missoula, Montana, where he graduated from Loyola High School in 1959. During his senior year in high school, Bill was elected All-State in football and basketball. In the fall of 1959 Bill entered the Naval Academy and began his life as a midshipman. Early in Plebe year he began to miss the hunting and fishing that were his principal hobbies in Montana. As the years wore on, Bill was found actively engaged in the Newman Club, the Reception Committee, and the Portuguese Club. Sportswise he loves basketball and played for the Plebe team before he was medically disabled. The remainder of the years Bill could be found leading the Company volleyball and softball teams to victory. After graduation he hopes to win his dolphins and see the world. Eventually he plans to settle down and raise a family. Whatever Bill does, we know that he will be a success and a credit to the Navy.