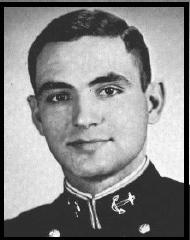 Mike was exposed to navy blue uniforms and academy type life earlier than most of us when he entered Admiral Farragut Academy in 1955. After four years Mike moved to the banks of the Severn. No sooner had he finished stenciling his white works than he took off for Hubbard Hall, the Navy boathouse, to try his hand at crew. Since then he has spent most of his afternoons in a crew shell. Although never having rowed before coming to the Academy, Mike was one of the plebe oarsmen who spent June of 1960 winning the Nationals and placing high in the Olympic Trials. But Mike's efforts have not been confined to rowing, for he kept well above average in academics while participating in such extracurricular activities as the Antiphonal Choir, Foreign Relations Club and the Concert Band. Mike's only problem in this respect was to find time in his busy schedule for the many weekends that he planned. Whatever branch of the Navy he chooses, Mike's ability to make friends and his sincerity will insure his success. 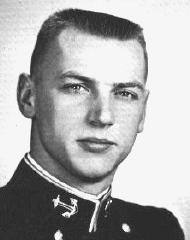 After Bishop Loughlin High School and two years at New York State Maritime College, "Pfife" shifted himself to the role of a midship man. Starting off again, with another plebe year, he kept things moving with Plebe swimming, Catholic Choir, and a spot on the Brigade Championship water polo team. To put College Point on the map, John joined the Log staff where his layout work has been impressive. Varsity swimming and water polo have kept him busy sportswise during his upperclass years. John came to the Naval Academy with a dedication to the service of his country. He is a perfectionist in all things and will do his best in all his endeavors. He is known as a man about town and is never one to stay put on a Saturday night. John will settle for nothing less than the unattainable and will be among the leaders in the Naval Service. 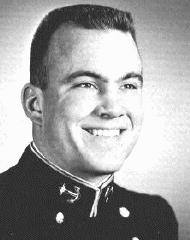 While attending Conestoga Senior High School in Berwyn, Pennsylvania, Walt was a highly successful student-athlete. He carried his academic and athletic abilities with him when he reported to the Academy, and his four successful years on the Severn testify to the fact that he has continued to put these abilities into practice. Besides maintaining a Superintendent's List and star average, Walt played plebe and varsity football. Known for his bull-like appearance and eagerness to go on leave, Walt has made many friends since donning the Navy blue. He has utilized his talents to the best of his ability and will undoubtedly serve his country in whatever capacity he chooses.