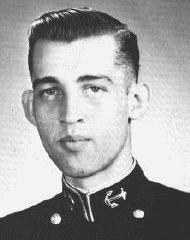 Tom entered the Naval Academy immediately after graduation from Marquette University High School in Milwaukee, Wisconsin. After plebe summer was completed, Tom, 25 pounds lighter and much wiser in the ways of the Academy, realized this was the place to spend his next four years. Tom had little difficulty in keeping most of his marks above 3.0. He soon became recognized as an excellent German student, and by virtue of the overload program, Tom is looking forward to a major from the Foreign Languages Department upon graduation. In addition to his tight academic schedule, Tom still found time to play clarinet in the Midshipmen's Concert Band, freeload at some of the German Club Banquets, and row on the plebe light-weight crew team. Tom's cheerful outlook on life will serve him well after graduation as he carries on the Blue and Gold tradition of the Academy to the fleet. 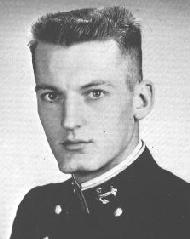 Paul, bringing with him the strength, the fleet feet, and the stamina of a basketball player, soon fitted into his corner of the local picture at USNA. After playing soccer in the fall, company basketball in the winter, and soccer again in the spring of Plebe year, he found himself ready to go on Youngster cruise. Then came Youngster year with the same round of athletics repeating itself, and Paul began to study. His grades became so good he was almost declared an outcast by his roommates. Second Class summer came, and he discovered girls. In the fall of Second Class year he finally made varsity soccer, and then settled down to the restful life of a Second Class; restful, that is except for studies. During his stay here Paul was mostly noted for his height, his sharp wit, and his athletic prowess. He is surely destined to become a dedicated officer. 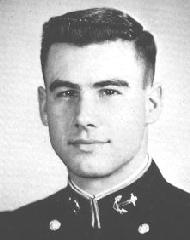 O'le Jer comes from the land of the Golden Bridges, baseball, and water skiing. Always looking for an unusual picture, he may often be seen taking numerous pictures with his trusty camera or dragging one of his bevy of "la femmes." Being one for physical fitness and a fish at heart, Jer may usually be found over at the pool in the afternoon. Spurred to navy life through his NAVCAD brother, he decided to get in the best way via USNA. Besides, in the navy one can keep a girl in every port and stay out of trouble - at least that's what he thought. Navy Line looks fine to Jer, and a fine salt he'll be too.