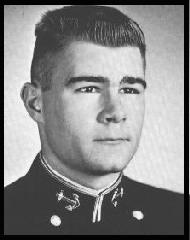 Dave came to Annapolis bringing with him a family line of Navy men. He entered Plebe year with great enthusiasm which is still with him. This trait, plus his ability to make and keep friends, his humor, and his capacity for academics, has launched him on the way to a fine Navy career. Dave put his all into athletics and academics, including his running battle with the Bull Department, but he clung to the old adage about that "dull boy, Jack." Consequently, hardly a weekend slipped by, that Dave could not be found with a certain member of the opposite sex. Never a follower, always a leader, Dave has contributed much to the Brigade and is sure to carry on with his fine work and continue to be a credit to the Academy as an officer in the Navy. 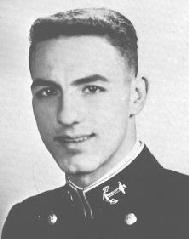 Sy dribbled his way to the Naval Academy hardwood from the metropolis of Washington, Pennsylvania, taking time out for a tour of the Naval Academy Preparatory School. In'his four years, Sy has concentrated his efforts in athletic abilities on company cross-country and softball in the fall and spring. But the winter season brought out his true love, as he sparked the plebe basketball team with his hustle and drive and moved on to varsity blue and gold to leave many an opponent flat-footed as he drove for two. He has an extensive collection of "rock and roll" which can be heard through the halls of Bancroft. Sy has never had an easy time with studies, but his perseverance has paid off. Known affectionately as the "Military Midget", Sy has set an example of frankness and sincerity which will carry him through the many adventures in store for him. His satirical wit has won many friends who wish him success in his military career. 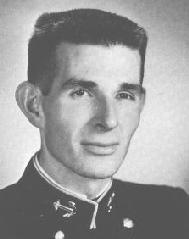 Derek, motivated by his great sense of patriotism and a thirst for mental enlightenment, came to us from Sylmar, California, where he sometimes successfully pursued studies in very liberal arts at such noted institutions as San Fernando High, University of California, and Valley junior College. He first gained prominence among his classmates by establishing somewhat of a record. He was the first man in the class to earn a Navy "N", and he earned it well, as he literally ran through Plebe year-every morning. It has been said of him, since then, that he is a man well remembered for his temperance. Though possibly not the funniest man in the class, his subtle humor and quick wit has, on many occasions, helped lift our morale when the spirits were lacking. This quality, combined with his natural friendliness and clear-sightedness, has made him a spokesman for many of us and a friend of all. Like many of us, he has been won over by the wiles of Naval Aviation. Good luck, Derek.