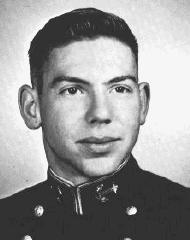 From the time that he arrived from Colorado, Randy has been making a name for himself here at the Academy. Being a Navy Junior and having lived all over the world, "Railroad" could always be counted on to go anywhere at any time as long as there was a comfortable pad and a good meal at the end of the road. Not too adept with the slipstick, Randy was always a devout worshipper of the "God of 2.5." This, combined with some hard work and a lot of sweat pulled him through. Besides living in the biggest "frap trap" in the Brigade, affectionately called "the Cave," he still found time to throw the discus for Navy. If he can find a plane to fit those big feet and long legs, he's going Navy Air. 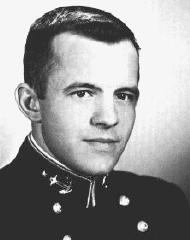 Stu came to USNA via Iowa State University. He was always well liked and used his many talents in a variety of activities. Steve always had big plans and that was why he chose Annapolis. He started off well in Plebe year and has been going strong ever since. He was a slash in academics and had plenty of time for extra things that others found hard to do. His many contributions and competitive spirit have been appreciated on the company, battalion, and Brigade levels. His high standing with the Executive Department placed him in charge of the Plebe Summer detail, and his tenor voice put him in the glee club and chapel choir. If he wasn't manipulating the slide rule, he could be found writing letters to a blonde, playing the piano, or winning at bridge. Steve was that special touch at any party, and his congeniality placed him in good stead with all. His versatility and many abilities are a good recommendation for any line of service. 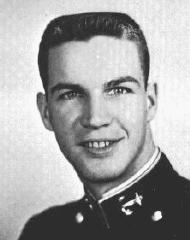 Andy hails from La Rue, Ohio. He studied engineering at Ohio Northern University for one year and a half before coming to the United States Naval Academy. Since coming here he has established a record worthy of much praise. He played one year on the 150 pound football team, has a good academic record, and has made many good friends. His hobbies are reading and playing basketball, not to mention his avid interest in the opposite sex. During the week you could usually find him at his desk, but on the weekend he was always with a drag. An all-weather friend with a fine character, Andy will certainly make a fine officer.