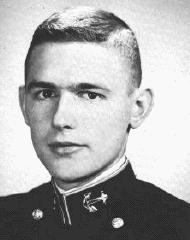 Larry, one of our more silent classmates, found his way to the Naval Academy after spending one year at Ohio University where he was majoring in engineering. Larry's quiet manner and good nature has gained him many friends at the Naval Academy. He is an active participant in intramural sports and was a hard runner for the company cross-country team. Upon graduation Larry will fall in with the long line of newly-commissioned officers and will undoubtedly make an outstanding officer and gain the respect of those who serve under and with him. 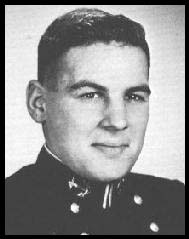 "Ollie," The Big Pennsylvanian, came to Crabtown directly from Wilson High School in Easton, Pennsylvania, where he excelled in both academics and athletics. He stood in the upper fifth of his graduating class and lettered in football thrice and wrestling twice. His agility and quickness, especially for a big boy, has found him in the winners circle after many plebe and battalion wrestling matches. Next to wrestling "Ollie" ranks battalion football in which he has done a fine job playing any of the positions in the line. Academics were by no means easy to come by for him but with much hard study and dilligence "Ollie" has been able to maintain a very respectable average. With his tremendous sense of humor, outstanding personality, and will to have a good time, Tom has won himself many friends, and he will be, I am sure, one of the main attractions in any wardroom which is lucky enough to have him. 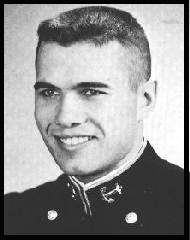 A New Yorker by birth and by choice, Dick arrived at Annapolis from his Long Island high school. After a year of Navy football and lacrosse, he retired from the big-time intercollegiate athletics, devoting himself to studying and dragging. Indoor sports then became his prime interest. Dick was part of the Academy's intellectual fringe, spending much time on his German and never-quite written novel. However, he could never be found during liberty hours. As a skindiver, Dick was great underwater, but he never quite got the hang of staying afloat. Having demonstrated considerable ability and persistence during his Academy days, Dick's future endeavors are sure to meet with success.