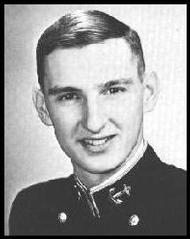 This native Buckeye was gifted with a good sense of humor. One could hear "Nickie-Boo's" laugh from a distance of three corridors, two alleys, and one wing. A mainstay of the company sports squads, Nick could always be seen whipping up that old spirit. Although gymnastics was not his sport, Nick finally mastered number three on the blue trampoline, after three long years of practice. Nick never had much trouble with the academics, or with having a good time. Many of those good times were connected with his out-in-town church party and "Mom." After graduation, Nick plans to go Navy Air and see the world from a bird's eye view. 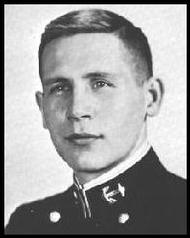 Although he was known throughout the class for his frequent dieting, Milo will perhaps be remembered more for his conscientious and hard working attitude. He faced the many challenges of Naval Academy life squarely and seriously, at the same time maintaining his keen sense of humor, thus producing an excellent record and a jovial and well rounded personality. His triumphs were manifested on the squash courts, at the debating tables, and in the classroom, while he relaxed by listening to Country and Western music. His sincerity and his many capabilities will indeed go hand in hand to produce in him a shining success as an officer and a gentleman. 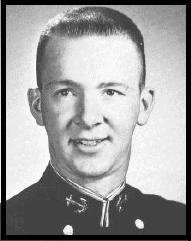 When the State of Pennsylvania delivered this young man to the banks of the Severn she sent one of her finest. Frank could always be found out in front of everything if by nothing mote than height. His smiling personality and friendly manner quickly gained him a place of respect among his classmates as did his energy and perseverance gain him a place in a Navy shell. With lightweight crew his favorite sport, Frank quickly became a well-known figure in Hubbard Hall. Nor was he an unfamiliar sight at social functions around the yard, always ready and willing to meet new people and make new friends, especially of the feminine variety. A quick wit and easy-going, pleasant disposition mark Frank for a bright and promising future in whatever he may do. He will certainly be as much a credit and service to his country as he has been to the Academy.