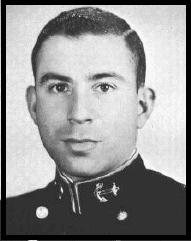 Josh, a major in both math and physics, was one of the few Midshipmen at the Academy that studied more than he slept. Because of academic talent and vivacious personality, Josh was always found with someone peering over his shoulder. Sometimes he even spent more time on his friends' homework than his own. Josh's activities, however, were hardly confined to the books. He was an active member of the Public Relations Committee. In regards to athletics his interests included volleyball, cross-country, basketball, and football. Finally, when at the end of the week Josh was found to be dragging again, one always wondered if he slept at all. Whatever Josh endeavors in the future, he is bound to be a credit to his class and the Naval service. 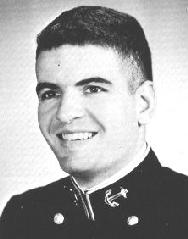 Jack came to us from the heart of the water wonderland, a fact that he never failed to overstress. Possessing a well rounded personality, Jack's achievements covered almost all possible fields at the Academy. To his athletic feats in sailing, basketball, football, softball, tennis, and soccer, Jack added many extracurricular activities such as antiphonal choir and those pertaining to the few who supported the burden of responsibility in the Brigade. As if this were not enough, Jack still managed to obtain excellent grades and even carry overloads. One of his greatest assets was his drags, often coming from the old country and always responsible for many a second glance from the Brigade. Jack has been one of the individuals credited for the prestige that the Brigade enjoys throughout the states and the world. With him the Armed Forces of the United States will acquire an outstanding officer as well as a gentleman in every sense.

Jim came to USNA fresh from high school in Ontario, California, and discovered that he was about the youngest man in his class. However, this did not daunt Jim; he went on to win his numerals on the plebe tennis team and plebe pistol team. After plebe year, Jim decided that ocean racing and pistol went together and became the sharpest-shooting ocean racer to sail a yawl or fire a pistol at USNA. Never having a particularly difficult time with academics, Jim had plenty of time to participate in the German Club as well as his sports. There is no doubt that Jim will make a fine Naval Officer and be a success in any field he should choose.