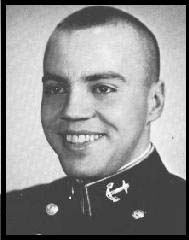 Herm came to the Academy from the state of Wisconsin, but as a result of his last name, picked up the nickname 'Huey' early in his plebe year. He worked hard as a member of the Brigade Activities Committee and some of his close friends can relate several interesting midnight adventures in the yard during the football season. Academics in general presented no obstacle to Herm, and he usually maintained above average grades in his courses. He took advantage of the elective program and could frequently be found reading in his overloads in political science and history. Herm enjoyed the time he spent singing with the Glee Club and the Catholic Choir and will always remember some of the trips he made with these organizations. Once he settled down to a task, Herm worked hard towards its completion and this ability to fulfill an assigned task should lead him to success as an officer. 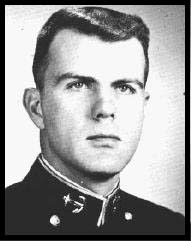 After prepping at Bullis Preparatory School, Paul came to USNA to begin four years of continual warfare with the "skinny" and Math departments and, although outnumbered, stuck to his guns until his eventual triumph. In the afternoon, you could usually find "Jeep" on the river in a shell, as a valuable member of either the varsity or battalion crew team. The winter seasons were usually spent on company football. Paul's spare time was often spent in the pad or dragging, both to good effect. Paul's steady manner and attitude promise to stand him in good stead in the fleet both as a friend and as an officer, just as they have here. Good luck, Paul, and all the best to a fine officer of the future.