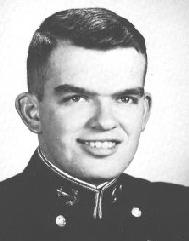 Born in January, 1939, in Missouri, Al spent most of his life in Iowa until his family moved to Pennsylvania during his Youngster year. After a year at Iowa State University, Al found his way to Annapolis by way of the fleet. He found academics not too difficult and was able to devote his time to a number of outside interests. When not dragging, "Merk" spent a lot of time thinking about his antique cars. Al has been pointing for a career in submarines from the time he came into the Navy. With his winning personality, dedication, and capacity for getting the job done the easiest way, he should have a fine one. 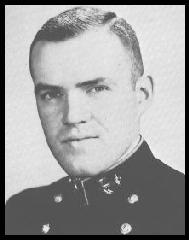 Passing up several scholarships to go to a more carefree institution, Mickey came to the Academy right out of high school where he stood high in his class. Studies were never a problem for Tom; he was the man to see when you were "snowed." With a good sense of humor and an easy-going manner, he won many lasting friends here at Navy. Being interested in only one little Miss back home in Massachusetts, Tom spent much of his weekend time reading and sleeping. He excelled in several intramural sports, but his favorite pastime seemed to be shooting the breeze with his classmates. His most distinguished traits were a readiness at reaching the logical conclusion and an ability to defend or alter his decision accordingly. With that mighty fine Navy line ahead, Tom should rise to retirement in only two decades. 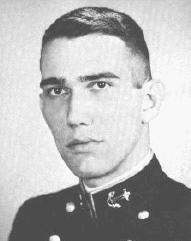 Born and raised in the land of pride and distilleries, Chico came to the Academy after a year at VMI. Having had one plebe year, he handled the second one with comparative ease and was able to devote much of his time to "brow beating" opponents in debate. In the off season his height and strength made him a welcome member of the battalion crew and water polo teams. The pad, dragging, and the concert band, in that order, took the rest of his spare time. After a two year struggle with "dago," academics smoothed out. Not one to believe in books alone, Chico was almost a legend when it came to partying. His like for Kentucky bourbon and pretty girls will long be remembered. Tom's enthusiasm, clear thinking, and winning personality make him a sure success in everything that he attempts.