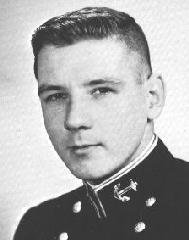 Gerry entered the Naval Academy, after spending two years in the fleet, with definite goals in mind. Through the years it was not hard to see that the standards which he set for his academic and aptitude standings were high. Because of his leadership ability Gerry was elected as his company's honor representative to the Brigade Honor Committee, a position of great responsibility at the Naval Academy. On the lighter side Gerry was not lacking either. Anyone who has run into this tough lineman on the 150 lb. varsity team knows only too well that he is a great competitive sportsman. Ski, as he is commonly known, was constantly kidded about his Boston accent. Just ask him to say "park your car in Harvard yard." With his great potential and drive, Gerry is destined to succeed in any endeavor. 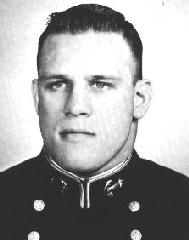 Soon after Pete Optekar came to the Naval Academy from the enlisted ranks of the Marine Corps, it was evident that he was going to make a name for himself. Pete will be best remembered for his athletic capabilities, which included football and Brigade boxing. The former Sergeant admits that he had rarely participated in contact sports before entering the Academy, but through determination and a strong will to win he earned himself a starting position as a guard on the football team. As a boxer, Pete thrilled the Brigade time and again in championship bouts. In addition to being an avid sportsman, Pete was an active member of the Foreign Relations Club. After graduating, Pete will receive a warm welcome upon his return to the Marine Corps. 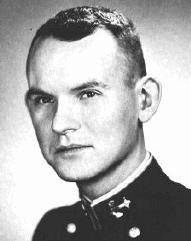 Don came to the Academy via the fleet and NAPS. His New England upbringing was reflected in his interests, jazz, Squash Racquets, sports cars, and yachting. Although academics were certainly not his forte, he managed to "pay the rent" each semester. As a varsity member of the radiator squad, Don did his best to keep from becoming too embroiled in the sports world, and with a few minor exceptions, was completely successful. A schooner man both on the ocean and in the pubs, he often combined the two interests on a weekend sail to one of Chesapeake Bay's ports-of-call. The Annapolis-Newport Race and the Bermuda Race provided some of his most enjoyable summer days. Don will be best remembered for his cheerfulness. He would always find something to laugh at and probably hatch one of his infamous puns. This cheerfulness and habit of doing a precise, thorough job will no doubt make him welcome in any wardroom.