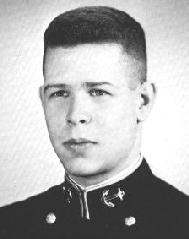 "Hunt," as he is known by friends in the hall, or "Butch" as he is referred by many of the soccer squad, is the product of a small rural home town. He found the transition from high school to Navy life bewildering at times, but always interesting and rewarding. Soccer occupied most of his free time at the Academy; however, he did find time to become a member of the French Club and was able to devote sufficient time to academics so that his name appeared on the Superintendent's List. With his intelligence and attitude, Hunt will continue to demonstrate the ability which has earned him a place of respect among his classmates. 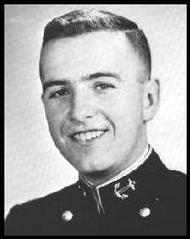 Jim hails from the Pacific side of the country. Having been a Navy Junior for the first eighteen years of his life, he has seen a good portion of the world, but Jim still claims the "best is in the west." After graduating from South Pasadena High School in California, Jim spent a year at Pasadena City College, where he majored in pre-engineering. Upon reporting to the Academy, he found it relatively easy adjusting to the demanding routine of his new home. Sportwise, he enjoyed competing on the intramural level. He was a member of company cross-country, battalion squash, and softball teams. Jim says that his real love in life is aviation. He supported the Aeronautical Club and insists that the greatest time he ever had was at Pensacola during his Second Class Aviation Summer. An avid model airplane builder and a man with a good number of flying hours under his belt, Jim is now a full fledged member of the "Navy Air is might fair" set. 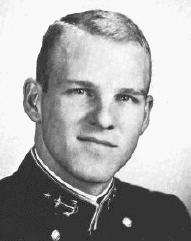 A Navy junior, Jud finds it hard to call any one place home. He came to the Naval Academy from Walter Johnson High School in Bethesda, Maryland. A pretty good student, Jud found Bull exams to be his number one enemy. Sports have always been his first love and occupy most of his free time. But for Jud, just as for most other midshipmen, leave time and liberty parties were welcomed, relished, remembered, and repeated at the slightest opportunity. Still, perhaps more so for Jud than for most classmates, the future was never forgotten either. Now as he steps out to take his place in the Navy, the moment he's dreamed of for so many years, we salute him.