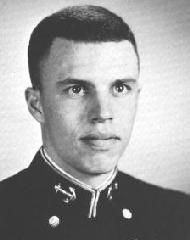 Early one morning in July of 59, Jim left his home in Hyattsville, Maryland, and departed for his new life on the sacred shores of the Severn. He entered this life wide-eyed after his high school days at Gonzaga High School in Washington, D.C., and one year as a member of the NROTC at Holy Cross College in Worcester, Mass. With this naval seasoning behind him, Jim found plebe year smooth sailing. During youngster year, his eyes were opened to the joys of dragging, and he could be found participating in this activity while not studying. In sports, Jim became quite active on the intramural level after paddling with the 150 lb. crew team in his plebe year. His dependability and desire are sure to make him a success in whatever he does in the future. 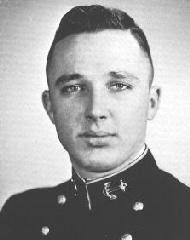 Pete spent his pre-Naval Academy days in Texas, California, and finally Arkansas. Graduating with eighteen other seniors, Pete was the only graduate to continue his education. The lure of a naval career brought him here to the banks of the Severn. With a locker full of pictures to remind him of the good old days, Pete plodded his way through plebe and youngster years. He then quickened his pace but still believed in mixing work with relaxation. While not a star student or a national champion athlete, Pete was able to pull his load in the academics and do his job on the Battalion soccer and football teams. He could also be found turning his attention to the Brigade Activities Committee and the 1963 <I>Lucky Bag</I>. His love of cars and girls took up any other free time he happened to have. 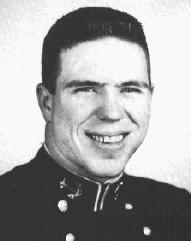 Art was well known throughout the Brigade for his fancy diving for the Navy swimming team. These were not the only laurels earned as he has spent most of his four years here on the Superiyitendent's List. In fact, on Saturday mornings Art not only shined his anchors, but had to brighten up a pair of stars. During the fall and spring, Art has led several intramural teams to very successful seasons. His interest in Naval Aviation and hard work here at USNA show that Art will be an asset to the Navy when he dons those golden wings soon after graduation.