Joe comes to the Academy from Hackensack, New Jersey, via a stretch in "the Corps." While here, Joe decided that higher skirts are a luxury and higher Bull grades a necessity. Joe's wit and raucous singing voice (coupled with an absolute non-recall of lyrics) has provided much merriment for his classmates. Of course, when it came to liberty, whether of the summer variety or the more usual Annapolis version, Joe was at the center of more than one rousing good time. Joe's first love is still the Marine Corps, and he plans to return to it immediately. 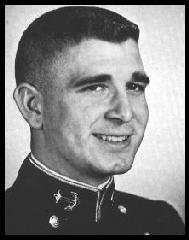 A native rebel from Tennessee, Mack came to the Academy straight from high school where he lettered in basketball. Although coming from a small town, he managed to adjust quickly to the hustle and bustle of plebe year. Mack then turned all his energies to his studies and spent many a night under a blanket taking "late lights," striving to maintain a Superintendent's List average. His easy going manner and infectious laugh made Mack a great favorite with his classmates. Although most of his free time was spent studying, he could often be found pursuing his favorite sport of basketball. A regular movie fiend, Mack could be found almost every Saturday at a flick in town or in the yard. After graduation, Dudley hopes to be found riding in the back seat of the Navy's newest attack aircraft. 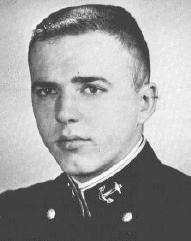 Rich came to USNA straight from Milwaukee University School in Milwaukee. Although he found the life here quite different from his former one in the "Nation's Beer Capital," he soon adjusted to his new life and during the next four years he held his own in the continual battle with the academic departments. Math and Bull were his favorite subjects. Even though Light-weight crew received most of his time after classes, he enjoys all sports and can usually be found on the tennis courts on a nice Sunday afternoon. Although Rich usually was not one for publicity, we all know that the Air Force game in 1960 proved an exception. His easy going manner and a great sense of humor made him many friends and no doubt will continue to do so throughout his career. If all goes well, after graduation Rich plans to hang his hat in Pensacola.