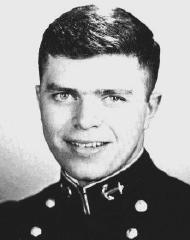 Prior to entering the Academy John attended Bullis Prep School. The transition from civilian life to that of a plebe was a hard one for John, but he took it all in stride. A few of his hobbies include music, girls, and most of all, sports. John was the mainstay of the company basketball and fieldball teams, but he held football above all others. With several years experience behind him, John made the plebe and varsity football teams and held down his position at end with little difficulty. His plans for the future are not definite, but you can be sure he will excel in whatever branch of the Navy he enters after graduation. John has always extended a helping hand to anyone who needed it and can be counted on not to let his friends down. He has the knack for making people like him and working with John after graduation will be a pleasure for anyone. 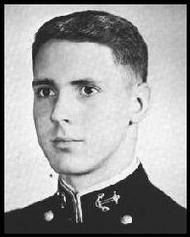 Dan came to the Academy from Rhode Island and has changed his address to the Canal Zone and Washington, D. C., in the pattern of a true Navy junior. Although Dan came straight from high school, his name is familiar to those who checked the Superintendent's List. His talents were mostly in the math and science fields in which he acquired major credits. His interest, however, was equally strong in the liberal arts, resuting in his activity in the French and Foreign Relations Clubs. He also was in the Photography Club and active with the Log and Splinter. Dan was company representative to the Brigade Activities Committee second class year. After a season with the plebe dinghy sailing team, Dan sought more active sports competing in company squash, knockabouts, and cross-country in his final years. Dan plans on following his father in a career in Navy line. 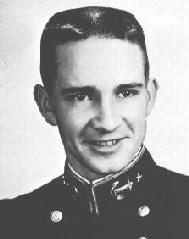 Art came to the Academy after two years at California Polytechnic Institute where he studied aeronautical engineering. From the very beginning of his Academy career, Art established his reputation for superior academic and athletic achievement. He was captain of the plebe gymnastics team, and, as a youngster, won his letter and a third-place medal in Long Horse at the Eastern Intercollegiate Championship. Despite his varsity successes he managed to excel in company softball and to be a company Splinter representative. His social endeavors were equally outstanding. His talents at singing, impersonating, and organizing parties and other functions were immeasurable. Art will be well remembered for his unique honesty and frank opinions, but even more, he will be remembered for his sincere dedication to the Naval service. The goals Art has set for himself will assure him of a particularly rewarding life.