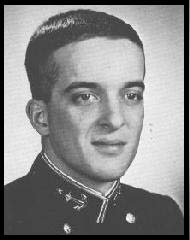 Born in Brooklyn and reared for the most part in the hills of northern New Jersey, Al came to the shores of the Severn directly from high school where he played three varsity sports and graduated near the top of his class as a member of the National Honor Society. Deciding to put academics first at USNA, Al took extra courses in the science and math departments, but also played intramural football, soccer and track and sailed on the YP Squadron. He took part in the activities of the Photography and Public Relations Clubs and dragged whenever the opportunity presented itself. Interested in the Civil War, he had an extensive library and was always willing to rehash the events of the conflict. After graduation Al plans to go to Nuclear Power School and then into the fleet as a submariner. 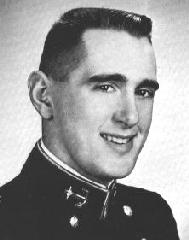 Charlie came to the Naval Academy from Herndon, Virginia, bringing with him determination and a high motivation for the Academy. Plebe year found Charlie very active in one of his favorite sports, soccer. He participated in soccer and swimming throughout his stay at the Academy. Pursuing a well-rounded program of studies, sports, and drags, he spent very little time idle. He was an asset to any group in which he participated, due to his hard-working manner. Charlie manifested an acute interest in world affairs and government by his membership in the Foreign Relations Club and many hours spent reading in this field. In view of his performance at the Academy, Charlie will certainly be welcomed aboard his first duty.

Bill Himchak, known to his friends by his plebe year nickname, "Hymie," has been a familiar face in many activities undertaken during our four year stay on the Severn. He boxed for his battalion in the plebe summer smokers and from there moved on to his favorite sport, battalion football. Both the Sixth Battalion and the Third Battalion teams drew upon his experience. In the winter he stayed in shape with company touch football and then became the slugger emeritus of the spring softball team -- usually playing for a Brigade Championship team. He was well known for his booming support of the varsity football team. By hundredth night plebe year, he was an expert dancer. When time allowed, youngster year found him either asleep or dragging. Upon graduation, we are sure Bill will find his ultimate goal in Navy Air.