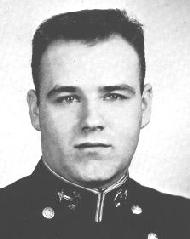 Dave, a product of Merrick, New York, came to the Academy straight out of Chaminade High School where he excelled both in the classroom and on the athletic fields. His senior year Dave was honored as the most outstanding back in the New York Metropolitan area. At the Academy, Dave continued his career on the athletic fields as a standout on the plebe football team. While at the Academy, Dave's interest took on a new light, the feminine sex. His sense of humor and friendly smile won him many friends of both sexes. Dave could always be found with a pretty girl on his arm whom he had won through his practiced technique. When not studying or dragging, he could usually be found reading one of his favorite science fiction thrillers. We all wish Dave the best of luck in his future career as a Naval officer. 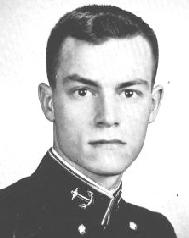 Born and raised in Aurora, Illinois, Bill came to USNA by way of SECNAV, immediately upon graduation from his hometown high school, Marmion Military Academy. Although he was easygoing, he could be serious when necessary and did not regard anything above "2.5" as wasted effort. "Willy Fixit," as he came to be known, was always quick to smile and was able to see a bit of humor in everyting, even in his running battle with the academics. Any problem could keep him busy in one of three ways: solving it, finding out how to work it, or helping someone else with it. Bill was a jack-of-all-trades type of guy. His activities and interests included academics, Concert Band, girls, Radio Club, baseball, photography, and boxing, though not necessarily in that order. His congenial nature and determined spirit will continue to be a valuable asset to him throughout his career. 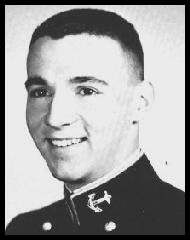 Jack came to the Naval Academy from Riverside, California, which he maintains is "God's country." No one wishes to dispute the fact that "Kit" made his mark on the Academy. He was a member of the very successful plebe squash team and thereafter became the undisputed company champion in both squash and handball. A constant repeater on the Superintendent's List, Kit's forte was in the foreign language field. With his quick with and winning personality, Kit made friends with many people other than his classmates. In dealing with those of the opposite sex he assigned each to a geographical location, insuring a delightful companion everywhere during his extensive travels. With his quick smile, wit, and personality, Kit has made many close friendships at the Academy and will continue to do so in his pursuit of a career.