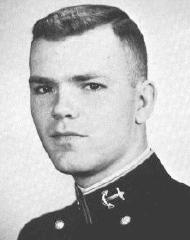 Watt came to Annapolis with a remarkable high school record. From the very beginning he made the most of his time and soon ranked high in his class. This was no surprise because Watt always put forth maximum effort whether he was in the classroom or on the athletic field. Respected by both his classmates and supervisors, Watt was more than willing to give assistance wherever it was needed. His spirit and positive attitude influenced all of those who knew him. His personal appearance and military bearing were always of a high standard, serving as an example to those who observed him. Needless to say, his qualities of leadership will be of great importance to our nation. With the same spirit that brought him through the Academy so successfully, he will no doubt quickly establish a creditable record of service and dedication. 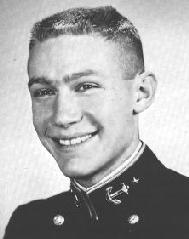 Bob came to USNA from Wellesley, Massachusetts. The college there must have given him an inherent sense for beauty, for he never failed to have the most beautiful young ladies down for the weekends. He stood consistently high in both academics and aptitude. This came as no surprise to those who know him, for his diligence at play was matched only by his perseverance in studies, and his personality and bearing were such that he won the respect and friendship of everyone he met. Bob was active in plebe, battalion, and varsity gymnastics, as well as lacrosse and golf. He has worked toward a major in aeronautical engineering and hopes someday to go on to graduate work in this field. The goals he sets for himself are not easy to achieve, but Bob is possessed with talent and drive to accomplish anything he should undertake in future years. 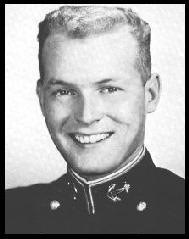 Upon graduation from high school in Baltimore, Dick entered the enlisted Navy in hopes of winning a competitive fleet appointment to the Naval Academy. He had little difficulty concentrating his efforts and, after a year at the Naval Prep School, he became a member of the Brigade. His quiet disposition and high standard of appearance won him immediate respect among his classmates. Dick confined most of his activities to intramural athletics, though in the fall of his second class year he began working as a goalie for the J.V. soccer team. Known for his name of "Mister Mister", which at one time gave him a headline in the "Navy Times" newspaper, Dick's favorite hobbies are life in general, music, sports, literature, and especially, girls. With a willingness to help anyone and a readiness to do the job, Dick has shown that he would be an asset in any man's Navy.