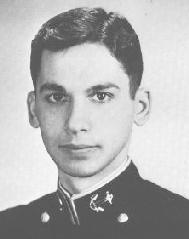 Jim Myers is about as Scotch as a Mid can get, having played the bagpipes for noon meal formation on the side terraces. Jim, the drummer, and the marching formations each had a different sense of timing, usually leading to hilarious results. In the spring and fall, Mac could be found somewhere on the Chesapeake Bay with the Ocean Sailing Squadron. He also participated in the Annapolis to Newport and Annapolis to Bermuda races every year. Mac found time to represent his class on the Brigade Honor Committee and to play a prominent part in the Gun Club. He was one of the famous "Cannoneers" that added to Army's gloom after every Navy score. Mac always did well in Russian and was the man with the answer for those plebe year professional questions. The Navy has found a hard professional with aspirations towards the Navy Line. 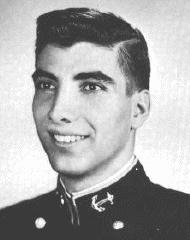 Tony came to the Academy after spending a year at Newark College of Engineering, studying for a degree in Electrical Engineering. His winning personality enabled him to make friends easily and was a great asset during his stay at the Academy. Much of his time was devoted to lively discussions, and the Academy provided him with an excellent opportunity to engage in his love of sports and music. A firm believer in play before work, Tony always seemed to win over academics with a minimum amount of effort and a maximum amount of sleep. Always ready to have a good time, he had an intuitive knowledge of where a party was being held, and his attendance could always be counted upon. Through his personality and wit, Tony will be an asset in whatever career he chooses. 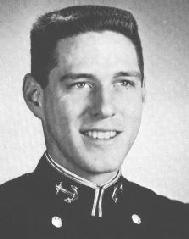 Jim hails from San Antonio, Texas. He attended the University of Texas for one year before coming to the Naval Academy. During his first two years here he devoted his athletic talent to Navy's soccer team. Since then he has been a great benefit to his company sports squads in both soccer and football. He is also a formidable adversary on the battalion tennis courts. Jim was a member of the Photography Club and spent his time in either that pursuit or tinkering with his stereo outfit. During the week Jim was often found burning the midnight oil on academics, but most of the weekends were reserved for escorting a member of the fairer sex around the yard. His easy-going personality has won Jim many friends throughout the Brigade and will take him far in all his pursuits.