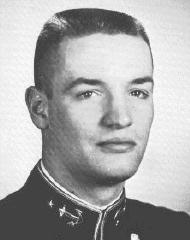 A native of Michigan, Dick came to the Academy straight from high school. His four years were marked by hard work and considerable success in two major areas. Academically, he did well in all of his courses, maintaining himself on the Superintendent's List for the major part of his tenure and also earning his stars. He undertook and completed a mathematics overload program that resulted in a major in that field. Athletically, Dick was strictly an aquatic creature. Being a member of some of the best swimming teams Navy has had, he could always be found in the pool area. When not swimming for the varsity, Dick was playing water polo for his battalion. Despite his busy schedule, Dick also found time to be an acolyte in the Academy Chapel. With his capacity for work and his natural abilities, Dick should be a fine addition to the officer corps of the Navy. 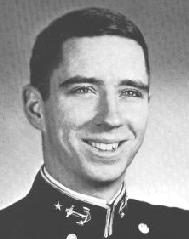 "Brace" came to the Academy riding on a crest of academic honors, GM and National Merit Scholarships among them. Although he came directly from St. Louis University High School, he validated half of plebe year academics and has been on the Superintendent's List ever since. In spite of his high grades, Mike has never let his studies keep him from athletics or cheat him out of liberty. Plebe year he was a member of the swimming team and has since been active in intramural squash. Mike seems to be at his best at a party after a football game with an attractive girl on his arm and a rum and coke in his other hand. With his good sense of humor and his major in nuclear engineering, "Brace" should be assured of success wherever the Navy sends him. 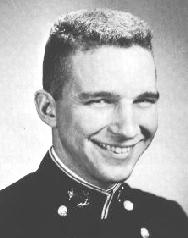 Bill came to the Academy from an Army family after graduating from Baltimore Polytechnic Institute. He won a Presidential Appointment which indicates his ability to reason with academics, though at times they seemed really unreasonable. Being familiar with the Baltimore area, he could always be relied upon to supply his classmates with good looking drags. Spending most of his time in the gymnasium, Bill built himself into a respectable gymnast, specializing in the sidehorse. Bill's sly humor, diversified record collection, and warm friendship make him a good roommate and will make him a welcome shipmate in years to come.