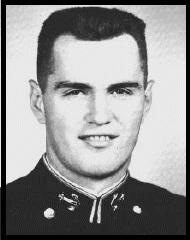 Joe came to the Naval Academy from St. Benedict Prep School in New Jersey. His family moved from Cranford, New Jersey, during his youngster year and he now calls Haddonfield, New Jersey, home. Having excelled in football and basketball at St. Benedict's, Joe played company soccer, basketball, and baseball at USNA. While most of his interests were along athletic lines, he found time to devote his talents to the Public Relations Committee and the Reception Committee. Joe is looking forward to a future in Navy Air and hopes to be a jet jockey. We wish this fine officer good luck as he begins his career in the Service. 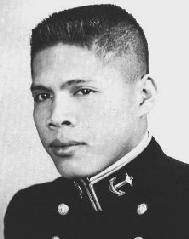 After a year at the Philippine Military Academy, "Cas" had little trouble adjusting to military discipline at the Naval Academy. His previous training served him well during plebe year and saw him through the perils of four years of academics as well. During his stay at USNA, "Cas" made good use of his spare time by engaging in many of our extracurricular activities. He was a member of the Foreign Language Club, Radio Club, and the Reception Committee. As host of the different visiting athletic teams, "Cas" won many friends for the Brigade. His efforts on the Juice Gang helped make many Academy projects a success. Sportswise, "Cas" tried his hand at boxing, cross country, and gymnastics. However, swimming was one field which he took quite a while to appreciate. His inherent cheerfulness and cooperative spirit made his friendship a truly valued possession. "Cas" is a foreign national, and upon graduation from USNA he will receive his commission in the Philippine Navy. 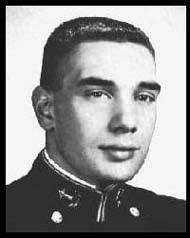 Tony, an easygoing, friendly person was quick to make many longlasting friendships among his new classmates here. At the successful completion of plebe year, Tony embarked on board the <I>USS Independence</I> to spend the summer cruising the East Coast. On board he found that aviation interested him greatly, and it has remained one of his major interests here at the Academy. Upon completion of this cruise, Tony chose to continue his training with the Army. He underwent Airborne training at Fort Benning and received his paratrooper wings shortly thereafter, to the honor of the Brigade. After a quiet youngster year, Tony chose to remain at the academy and help prepare the class of '65 for its place in the Brigade. Tony was always interested in sports and helped his company and battalion to win many honors, including a Brigade championship in soccer two years in a row.