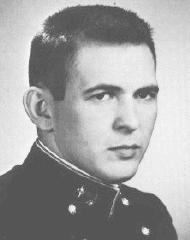 This "Southern Gentleman" came to the Academy from the "Heart of Dixie," Bessemer, Alabama. He was always content when he could expound upon the merits of the "Sunny South" in a deep Rebel drawl. Bob participated in plebe football and baseball and was always a stalwart on the company and battalion intramural teams. Bob's hobbies at the Academy consisted of a close following of intercollegiate and professional athletics, reading, collecting, and letter writing. We know that this man will carry with him his Southern charm and winning ways throughout his service career. 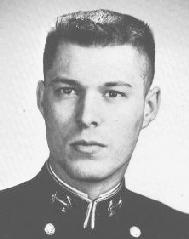 Coming from the "Atomic City" nestled in the hills of Tennessee, this staunch rebel never found academic life difficult. Besides appearing frequently on the Superintendent's List, Bill's other interests included sports, guitar playing, and the young ladies of Annapolis. A physics major at USNA, Bill hopes to further his education at post graduate school after an initial tour of duty with the submarine fleet. Bill's relaxed nature made him a pleasant roommate throughout his four years at the Academy and will undoubtedly make him a welcome addition to any wardroom in the fleet. 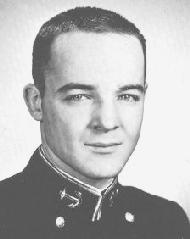 Throughout his tenure at the Academy, Mike was known by many nicknames, most of them referring to his highly mutilated and oft-broken nose which lent his profile a definite touch of individuality. Although he came to the Academy straight from Carrick High School, he always did well in academics, constantly flirting with the Superintendent's List and participating extensively in the overload program. For four years he was a stalwart on the battalion and company football teams. He also managed to be active in the Newman Club, Portuguese Club, and the Gun Club. However, Mike's talents never seemed to achieve full bloom until liberty time. Then, utilizing maximum ingenuity with minimum sleep and cash, he always managed to get the most out of every liberty. Mike most certainly has a distinguished career ahead of him as a Naval Aviator.