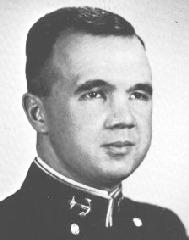 After a year at both New Mexico University and Purdue University, Eli came to the Academy to add his name to the "long blue line." "Penguin," as he came to be called because of his distinctive walk and minor encounter with the Sub Squad, never did have trouble with his studies. He always succeeded in placing his name on the Superintendent's List while still keeping up with his hobbies of photography and bowling. Outdoor sports ranked high on Eli's list of extracurricular activities, of which he found to his particular liking, plebe baseball and intramural baseball and football. Numerous things can account for the Penguin's many friends, the most outstanding of which are his bright smile and broad sense of humor. 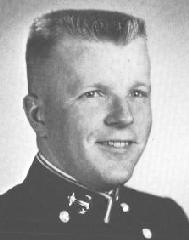 For every nine months of the academic year Tom's face was a familiar one whether he was over at small craft facilties or on board the Naval Academy Yacht, Highland Light. Along with being a mainstay on the ocean racing squadron he held the distinction of being the first man in his class to receive his yawl command (plebe summer) and his class "A" command (beginning of second class year). He also participated in two Newport races and one Bermuda race. Tom is an ambitious young man and worked hard with the intention of receiving a mathematics and an engineering major from the Academy. His future goals include postgraduate school and the submarine service. He is a dedicated person and should cut out a fine career for himself in the Navy. 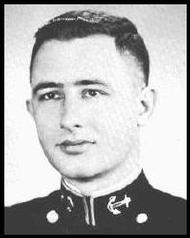 Fred, an easy going Texan by nature, was a member in good standing of every endeavor he undertook while at the Naval Academy. Many a dreary day was brightened by his cheery disposition and sharp wit. His company mates will long remember his relaxed "Don't worry about it" attitude. Academics were never really a problem for Fred. Though he was seldom seen with a book in his hand, especially during study hour, he still completed all his courses in addition to majoring in the English, History, and Government Department. A native of Dallas, Fred was a former Texas A & M Cadet and spent some time in the regular Navy before coming to USNA through NAPS. All who know Fred agree that his dedication and ability to lead will undoubtedly be a trementdous asset to tomorrow's Navy.