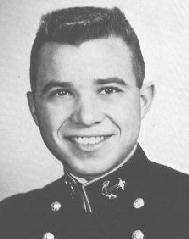 The son of a Naval Academy graduate, "Poley" hails from Atlanta, Georgia, a fact he never lets one forget. He was always immensely proud of his family, which he claims is now large enough to field a complete football team including the coach. He may be remembered by the varsity lightweight crew teams as the heaviest coxswain on the squad. In this capacity "Poley" directed his shell to a surprising victory in the Easterns during his youngster year. He may also be remembered by his teammates as a hustling quarterback for the plebe lightweight football team. With his many Southern colloquialisms and his friendly smile, no one who knew him well will ever forget him. Certainly, "Poley" can look forward to a successful career in the Fleet. 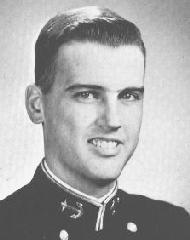 Ollie's easygoing nature and friendliness won him a great many friends among his classmates and members of the other three classes. This same personality was also evident in that he was seldom without an attractive date for any special athletic event or social function. After a year at Clemson, Ollie chose the Naval Academy as the place to begin his future. At Clemson he was a member of the freshman basketball team and continued to participate at the Academy, playing for the plebe team and for his company and battalion teams his last three fears. During second class summer Ollie's interests in the Navy became concentrated on Naval Air, and graduation will no doubt find him receiving orders to the Naval Air Basic Training Command in Pensacola, Florida. 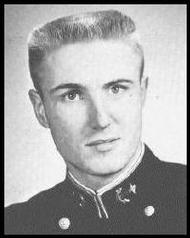 Chuck entered the Naval Academy after graduation from high school and a year in the Naval Reserve. Like all plebes he encountered many difficulties in academics, but he took them in stride and soon he was developing a talent in the literary field. He was the company honor representative and spent much time writing for the Splinter. However, his greatest achievement, next to graduation, was the work he did for the <I>1963 Lucky Bag</I>, helping to make this, our book, one of the best in Academy history.