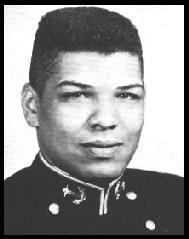 After graduating from Brooklyn Technical High School, "Eric" enlisted in the U.S. Naval Reserve. He spent a little over a year on active duty before coming to the Naval Academy from the Naval Preparatory School at Bainbridge, Maryland. "Eric" then proceeded to participate in no less than eleven extracurricular activities. Among these were W.R.N.V., Public Relations Committee, Reception Commitee, German Club, and many others. He had a tough time plebe and youngster year with academics, but he began to pick up as time wore on. He found his place with the Brigade Drum and Bugle Corps and enjoyed playing intramural athletics including football, fieldball, and squash. He especially enjoyed sailing and was a member of the sailing squadron. 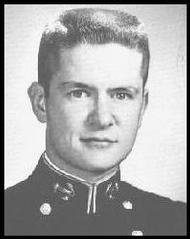 George claims Battle Creek, Michigan, as his home town, having lived there most of his life. After completing high school, he entered the Naval Academy by means of a competitive Congressional appointment from August E. Johansen. Once here, he pursued a variety of intramural sports, including crew, lacrosse, gym, and squash. After a typical day he could be observed playing sports, studying, sleeping or just relaxing. He was, at times, a frequenter of the ED squad and did his share to keep the system operating normally. Wherever he goes in the Navy, we are sure that George will contribute to the betterment of all. 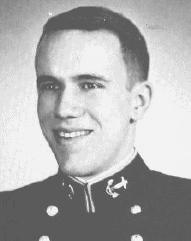 A native of Cuyahoga Falls, where he attained prominence as a half-miler, Jim quickly adapted himself to the rigorous life at the Naval Academy. His vigor and endurance brought him through two years with the plebe and varsity lightweight crew teams. His nimbleness afoot made him an ardent competitor in plebe and intramural cross-country as well as intramural football and softball. Although carrying a heavy schedule with additional elective courses, Jim found time to be <I>Lucky Bag</I> representative while keeping his name on the Superintendent's List. Many room inspectors were shocked by the huge bass fiddle that he kept stored atop his locker. This bass provided background for musical entertainment at numerous company parties. Jim's satirical mind and alacrity of reply was the source of habitual amusement for his many companions. But behind his comic front lay a rationality that has won him many lifelong friends at the Academy.