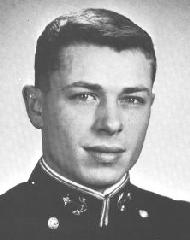 Pete came to the Academy directly from Power Memorial High School in New York. Never one to excel in any one sport, he spread his efforts over a wide variety of intramural activities, softball and football being his favorites. His academics, although not up to Superintendent's List standards, were never below average. On the extracurricular side he participated in the Newman and Russian Clubs. Other interests ran along the lines of "femmes" and sportcars. His activities on the weekend were seldom of an academic nature. Pete aspires to be a "jet jockey" and is sure to be a success in the field of Naval Aviation. 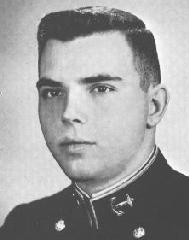 A fine product of the Windy City, "Bobbo" brought his athletic and musical skills to the Naval Academy by way of IIT and Columbian Prep. Bob's athletic prowess was demonstrated during plebe summer boxing and plebe and varsity gymnastics. Smiling Bob is no slouch academically either, for his name was seen on the Superintendent's List more than once. Bob's Midwestern friendliness and love of a good time was shown many times on liberty, especially in Montreal and Bermuda on youngster cruise. Bob has the sky for a limit in all he does in the future, as he has his eye set on a career in Navy Air. 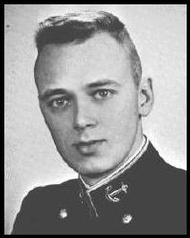 "How many days until '63's graduation?" was a question that Larry could always answer. After entering USNA from DeLaSalle High in Detroit, he earnestly began accurately counting the number of days until his graduation. During his four years he always hit the books with vigor and enthusiasm, thereby managing to stay in the top half of his class. Every fall you could find him on the volleyball courts, and in the spring Larry turned to the YP Squadron for professional activity. He was no stranger to the water; water skiing and skin diving were his two favorite hobbies. He completed his daily routine by listening to at least one hillbilly or polka recording. Larry occasionally turned his interests to the members of the gentler sex. His determination and will power will always bring him success in his future endeavors.