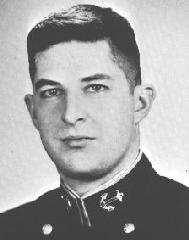 Sid came to the Naval Academy from Costa Rica, after making a long stopover in New Orleans and at Tulane University. His four years at the Academy were happily spent amid the wonders of accelerated academics, plebe crew, and various intramural sports. Sid's Latin charm has won him many life-long friends at the Academy, and it will benefit him in whatever field he chooses in later years. With his assets, Sid will certainly bring honor to himself and to his country. 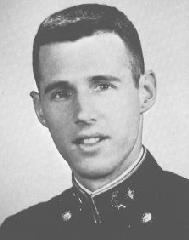 Although now living in La Canada, California, Pete came originally from Montreal, Canada. He attended high school in Pasadena where he lettered in basketball and swimming. He also attended Columbian Prep School and Pasadena junior College where he picked up enough credits to validate two courses at the Academy. He received his appointment through the Naval Reserve in which he played the "weekend warrior" role for close to three years. Sailing, squash, intramurals, and a running battle with the math department took up a good part of his time. In regard to extracurricular activities, Pete found time to participate in the Foreign Relations Club and the Newman Club. Furthermore, the "Dawn and Twilight Hiking Club" also saw Pete on occasion, especially after the Christmas Hop during youngster year. As for future plans, "P.D.Q." has picked Navy Line as his choice of service. 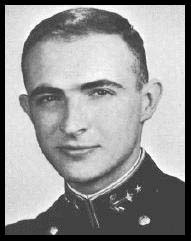 Little did the Pittsburgh Pirates realize how loyal their fans really are. "Rags" defied the immortal "Blackjack" by listening to the deciding game of the 1960 World Series. Although the Pirates won, "Rags" lost his radio for thirty days! It has always been an inspiration to us, his classmates, to see the desire and effort put forth by "Rags" to excel, whether it be in difficult scientific studies or on the basketball or tennis courts. Not one of our classmates has driven himself harder; not one of our classmates has as much to show for it. "Rags" is talented in many, many ways, and though he is eager to derive the most from his own ability, he is even more eager to help the other man in any way he can. Many of us have him to thank for passing grades. We have "Rags" to thank for many good laughs, too. The Academy's loss will be the Naval Service's gain.