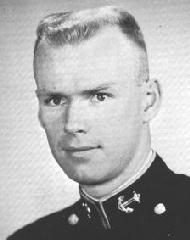 Ken came to the Naval Academy from NAPS, having had two years prior service in the United States Marine Corps. Before enlisting in the Marines, Ken spent two years attending the University of Arizona. One of Ken's greatest assets has proved to be his size and strength. At the U. of A., Ken excelled in baseball and basketball, and later he was an outstanding basketball player for the Marines. Ken showed great promise as an outstanding football player, but an unfortunate accident during practice ended his football career. Ken is probably best known for his very laconic personality. He is always serious and pursues any small task that he undertakes very assiduously. His meticulous nature will be a tremendous asset to both the Marine Corps and his country. 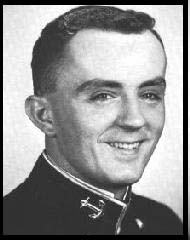 Jack, better known as "Jake", after the tailor of fine Naval uniforms, entered the Naval Academy directly from West High School in Auburn, New York. Jack adapted quickly to the routine of Academy life, being an active participant in various Brigade activities. Tennis was his greatest sports interest and he succeeded in becoming a member of the varsity tennis team. Plebe year also found him a member of the plebe gym team. An all-around athlete, Jack was always ready to join in a softball or football game. Jack maintained a high academic average, excelling in the English, History, and Government Department courses and taking advantage of the elective program. Even with a heavy academic load, he was always among the first to take advantage of a good time. His ability to adapt to new situations and to learn quickly will make Jack a definite asset to the Service and his commanding officer. 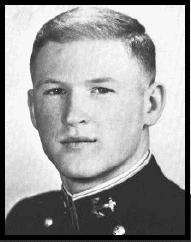 Having received two years of military training at Culver prior to his arrival on the Severn, Tom immediately adapted himself to the "system." His good nature and quick smile, together with his athletic ability, soon earned him many friends and admirers. Blessed with an aptitude for math and the sciences, Tom forged ahead in these fields. Nevertheless, to the surprise of his close friends, he selected history as his major course of study. Sheer determination made this accomplishment possible. Never one to miss a party, Tom had the ability to liven up any gathering with his wit and musical talent. One varsity sport was not enough for the "Rems." No, his aptitude for athletics was demonstrated in both the fall and spring, lightweight football and lacrosse being the sports of interest. When he receives his commission and heads for the Fleet, Tom won't have any problem making his mark. His shipmates are sure to find him as worthy of their respect and trust as he was of ours.