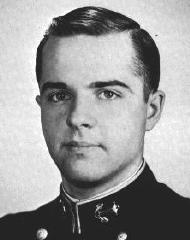 Paul, dubbed "Willie" by all of his classmates, graduated from Massanutten Military Academy prior to entering the Naval Academy. After the rigors of plebe year, "Willie" spent his little free time attempting to catch up on his lost sleep. During his stay at the Academy, Paul was very active in intramural sports including football, crew, and soccer. He also contributed his art talents to the "Log". Always ready with a joke, story, or impersonation, "Willie" succeeded in keeping those around him smiling. As a typical Midshipman, "Willie" enjoyed his liberty, but proved to be an avid student as well. With his diversified background and interests, Paul is sure to be a success and an asset to the service. 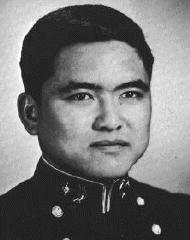 "Tak" came to the Naval Academy from Hawaii by way of Oregon State University where he received a year of aeronautical engineering. With his likable, easy, happy go lucky nature, he was able to survive the perils of plebe year. On the serious side, "Tak" applied himself diligently in his studies, letting up only to concentrate his efforts in his bigger interest, sports. In athletics, he participated in lightweight football, lacrosse, and boxing. Usually quiet and soft-spoken, "Tak" always became the life of the party on the weekends and on football trips. His determination and affable nature should see him successfully through flight training and into the ranks of Naval Aviation. 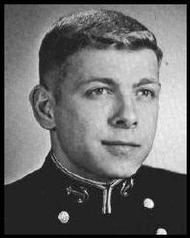 As a "Navy junior" Rick made his family proud when he was accepted to the Academy after graduating from the Navy's enlisted prep school at Bainbridge, Maryland. He will be remembered by his soccer teammates for his hustling style of ball playing and his affable nature and manner. Lightweight crew during his plebe year also won "Gino" many friends. On his summer leave he could be as easily found in some Paris Caveaux as in a quiet home town hideaway. An avid interest in things nautical, and a professional pride in a job well done, will prove valuable assets in Rick's Naval career.