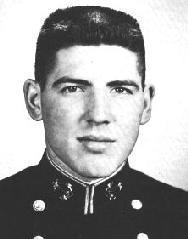 Rick came to the Naval Academy directly from Huningdon High School. Academics did not prove too difficult, except physics. Thus, Rick could spend more time being a boon to his classmates' morale. He soon inherited the nickname of "Bull" from his first classman. "Bull" actively engaged in intramural sports such as football, cross-country, and softball. He was the company representative for the chess club and an Antiphonal Choir member. Rick's hardest moments came between reveille and his first cigarette. Rick's choice of service seems to change with the seasons. Whatever his final choice, his leadership, knowledge, and personality will assure his complete success. 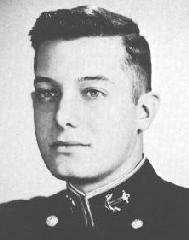 John graduated from St. John's High School in Washington where he was an active member in school activities and the school band in which he was a drummer. He moved on to Navy, where in addition to the basic curriculum, he overloaded in Italian dishes and good music. He was an active member in intramural sports, taking part in company cross country, soccer, fieldball, and softball. Even though John was busy with these activities, he found that the best solution to academy life was by dragging every weekend of youngster year and the better part of second class year. Although J.C. put in his share of time with the books for the academics, he always included a steady diet of fun along with them and allotted as much time as possible commuting between USNA and Washington. "J.C." known for his quick smile and friendly manner should succeed in whatever he does. 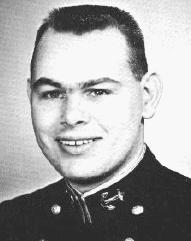 Bruce came to the Naval Academy from the dairy lands of northern Wisconsin, via Wisconsin State College, Superior. It didn't take too long for all his fellow classmates to see that they didn't come any better than Bruce. Always a true friend, he would never fail to extend a hardy greeting and a carefree smile. Plebe year, Bruce could be found kicking the soccer ball as a member of the plebe soccer team. But by youngster year, his interest seemed to be built around the YP Squadron, chow, mail call, and the old faithful rack. This didn't leave too much time for studies, but Bruce always managed to pass by relying on his inborn nature to do well. This ability, as well as his cheerful personality and his enduring pleasant disposition, will do much in making Bruce a success in whatever service he decides to enter.