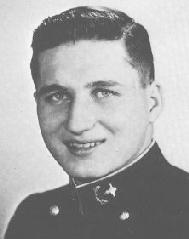 After graduation from high school, Roy began his career in the Navy as an enlisted man. By appointment from the Secretary of the Navy, he entered the Naval Academy Prep School and went from there to the Naval Academy. Roy has characterized himself by hard study and dedication to the books. Although much of his time was spent in the seclusion of his room, away from the influence of the fairer sex, Roy was well known to his classmates for his humor and all around ability in Brigade activities. His interests in sports included cross country, soccer, football, softball, and YP's, in which he made considerable contributions in the interest of his company. Roy's electronic ability proved a great help to the juice Gang during the Youngster Hop and also a great help to the Brigade Activities Committee. Everyone expects great things of Roy. The outstanding marks he has attained in his science major tend only to augment these expectations. 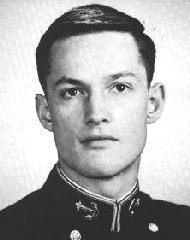 "C.T." came to the Naval Academy from the mountains of Colorado and the Colorado School of Mines. Tall and lanky, C.T. will always be remembered by his classmates for his pleasant, congenial personality and his light-hearted manner. His many friends could always count on him for a laugh or a good time, and, when it was needed, a cool and quick decision. While at the Naval Academy, C.T.'s main interests were track, tennis, foreign languages, and an extra hour or two of sleep. He also participated in many company sports and earned a reputation as being an enthusiastic and hearty competitor. Looking forward to graduation and his commissioning, C.T. will be a welcome addition to the Service and will serve his country well. 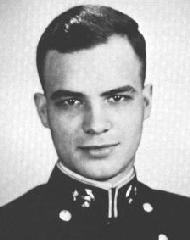 Don, a Navy junior, came to the Academy with an appointment from the United States at large. His father's tour of duty at the Academy terminated during the same summer that Don's tour of duty began. Coach Potter had been working on Don's squash game for two years before Don stepped into the courts as a midshipman. This gave Don an edge which he had no trouble maintaining. Although he only had one girl at a time during his stay at the Academy, he did change girls regularly. He was able to maintain a high enough average to allow himself to overload in "Bull" without overly exerting himself. Any direction in which Don decides to plot his course after graduation is sure to provide smooth sailing.