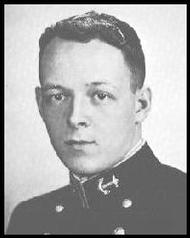 Ken came to us from Kankakee, Illinois, but has since changed his hometown to Milwaukee. Ken attended Purdue University, but after one year he decided to try the Navy, and entered boot camp at Great Lakes, Illinois. Upon completion of boot camp and electronics school at Great Lakes, he entered the Academy and joined the Twelfth Company. Throughout his tour here at the Academy, Ken has shown himself well on the academic scales, being a consistent member of the elite Superintendent's List. He also finds time for tennis, football, and various other battalion sports. He likewise has assisted on the Brigade Activities Committee and is always willing to tutor those who don't find academics as lucid as he. An avid enthusiast of flying, Ken hopes to work aviation into his future career. 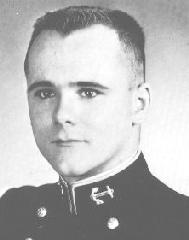 Born in Philadelphia in October of 1941, "J. P." made his first trip past South Philly when he came to these golden shores in '59. While at the Academy he played on the soccer, wrestling and crew teams besides being active in the Chess and Newman Clubs, and writing for the <I>Trident</I> and <I>Splinter</I>. He has always been a supporter of Mid Rac and a leader in the Elbow Bending Society. A confirmed non-dragger and stagliner, John describes his marriage plans for the future as being "very far distant." John plans to spend his career in either Naval Aviation or Navy Line. Whichever he chooses, we wish our versatile classmate and friend the best of luck. 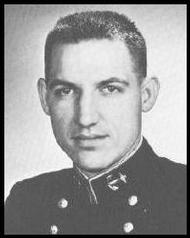 Entering USNA by way of NAPS, Clete could always be found in the rack or aboard a yawl. He learned to sail on the Severn, and it went into his blood. His unique abilities as a moonlight requisitioner made him a first rate procurement officer, and this gift will profit him and Fleet a great deal in years to come. The few weekends not spent in racing found Clete suavely inducing girls to enjoy life on the Severn. His ability to laugh off even the weightiest problem coupled with his native intelligence hold promise of a successful career.