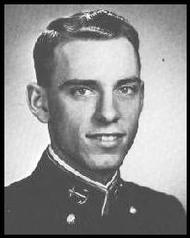 Born and raised in the Washington, D. C. area, Johnny found his way to the Naval Academy after serving aboard the USS Redfish in our Submarine Force, followed by one year at the Naval Academy Preparatory School. Most of his attention at USNA has been focused on academics where he has overloaded in engineering, participated in the Advanced Science and Math Seminar, and still managed to maintain his fine class standing. At the same time Johnny was still finding plenty of time for his favorite hobby, dragging, and keeping a steady flow of mail between USNA and Chevy Chase. Away football games and leaves were the highlights of life for Johnny, a firm believer in "Wine, women, and song." As for the future, Navy Line should find him a welcome addition and an excellent career officer. 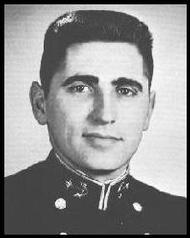 "Jake" Dennis, a long time resident of Waltham, Massachusetts, arrived at USNA after a short stay at Columbian Prep. As a Plebe, he fell quickly into both the academic and military routines. Always a sports enthusiast, "Jake" made his mark as a backfield specialist in addition to inspiring his company basketball team during the off-season. Personalitywise, "Jake" was also a standout with his friendly manner and quick wit making him well known to his classmates. Aside from sports, "Jake" enjoyed music and dating, in which his tastes were equally excellent. As a man with such a varied and outstanding background, plus a desire to do the best possible job in all of his enterprises, 'Jake" is destined to become a fine Naval Officer and example to his fellow citizens. 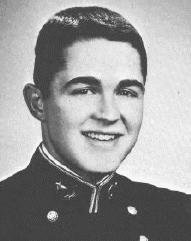 After graduating from high school in Minnesota and attending a year of prep school, which also included a year in the Naval Reserve, Miller decided that the Navy was for him. With such a background, Plebe year taught him nothing he did not already know, so he channeled his interests into athletics. His amazing resources of overabundant energy never ceased. Every year was filled with varsity cross-country and the one and two mile runs on the varsity track team. These feats kept Miller in a good supply of Navy "N" letters. With a "no sweat" attitude towards academics, Miller plans on a future in Navy Air. This idea astounds his classmates who wonder how he will ever be able to sit still in one spot for hours in the cramped confines of a cockpit.