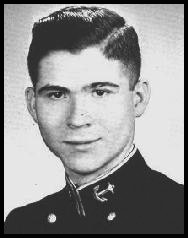 Wayne, who hails from Kansas City, Missouri, attended Westport High School in that city. Since his arrival at USNA, he has been an active participant in the intramural sports program. During the winter Wayne could be found almost any Saturday afternoon either in a squash or handball court, and the return of good weather found him frequenting the tennis courts. Wayne, who has a sharp, alert mind, is an excellent bridge and chess player. His ability at the chessboard made him a valuable asset to Navy's team. Academics never seemed to pose any problems for Wayne. Since second class summer he has had strong leanings towards Navy Air. His quiet, yet determined way should make him a success no matter what path he follows. 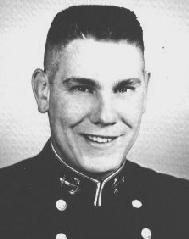 Bob joined the class of '63 through Public Law 586. Although he hails from Greater Boston, he has somehow escaped acquiring the familiar accent of Beantown. Since Plebe summer Bob has been a first tenor in the USNA Chapel Choir. In addition to his choral duties, he found time to write several professional articles for the <I>Trident</I> Magazine during Plebe year. Bob has played battalion lacrosse every year since Plebe year when he was goalie on the Brigade championship team. He was a member of the Plebe gym team working the side horse. Bob was also manager of the 150 pound football team, and was the leading scorer on the company fieldball team his Youngster year. His classmates know Bob as a man who has something to add to every discussion. We feel sure that he will be a real asset to the service. 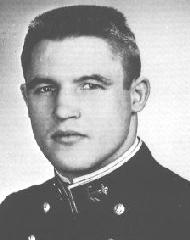 After winning many athletic and scholastic honors In high school, Ed entered the Academy determined to give his best. As a result of his willingness to work hard, Ed was on the Superintendent's List many times. Not satisfied with only being a "brain," he won a first team end position on a great varsity football squad. A little smaller than most college ends, "Number 89" had that extra toughness that enabled him to hit harder than those giants playing opposite him. However, he confined his meanness to the football field, and his many friends will remember him only as a good-natured guy, always ready to help a buddy. Whenever he had some free time, Ed could be found enjoying one of his favorite pastimes -eating, sleeping, and dragging. Those in the fleet are sure to find him a good friend and a great officer.