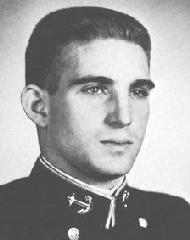 Forsaking his surf board on the waves of the mighty Pacific, Drake came to Annapolis to learn more about the ways of the sea. Applying the same energy he had previously expended on sunning and surfing to the more mundane tasks of Academy life, he found his efforts crowned with success. Although he was striving toward an important goal, "Hawk" never lost his keen sense of humor and ability to enjoy life. An avid sports fan, he busied himself with battalion soccer and company football. His outside interests found vent in his contributions to the Aeronautics and Foreign Relations Clubs. His sharp intelligence and thoroughness assure the completion of the most difficult tasks, and will ensure his future success. 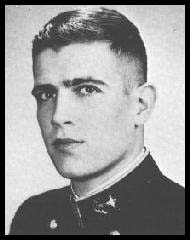 Bill came to U.S.N.A. from sunny Miami, complete with outstanding records of academic ability and athletic prowess. Although he devoted an unusual amount of time to "relaxation," he has maintained Superintendent's List grades since his arrival. Moreover, he has gained a billet on every sport squad he has tried and was an outstanding member of each. His willing laugh and ready smile have gained him lifetime friendships. This outstanding ability combined with high personal standards are more than enough to ensure him his goals. 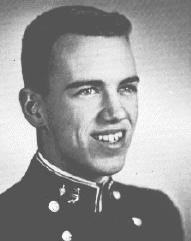 Bill came to the Academy after one year at Columbian Preparatory School, where he studied to pass the entrance examinations for admission. He had several rounds with the Electrical Engineering Department during Plebe year, but finally came out on top. On his Youngster cruise he was aboard the <I>U.S.S. Independence</I> where he acquired a yearning for Naval Aviation. Youngster year was a pleasure compared with Plebe year, and then the Electrical Engineering Department struck again. However, with the aid of intensive extra-instruction, Bill managed to survive the hardships of academic study at the Academy. While at the Academy, Bill engaged in various extracurricular activities. He played soccer and squash and ran cross-country for the intramural teams of the Brigade. He was a member of the Newman and French Clubs. Although he had other interests in the fields of music, outdoor recreation, and automobiles, he never really could exercise them in place of his studies.